It is time for Rampage! It is an exciting time for AEW as they debut their new one-hour primetime show. They have loaded up the debut card with three huge title matches. It should be a great way to debut the newest show! Let us find out more about this exciting night in Pittsburgh in the first-ever AEW Rampage preview for 8/13/21.

Poor Fuego Del Sol. He has been a fan favorite with his entertaining matches on AEW Dark and Dark: Elevation. Del Sol hasn’t had a lot of victories on those shows, but the luchador has won fans over in recent months. He doesn’t have an official AEW contract but could win one with a victory on the debut AEW Rampage. But the odds are not in his favor on Friday night.

Miro will be Fuego’s opponent on Friday. Miro has been on a roll since winning the TNT Championship in May. He is calling himself “The Redeemer” and God’s Champion. It seems Fuego Del Sol’s dream of an AEW contract will face some really tough odds in Pittsburgh.

On Wednesday’s AEW Dynamite, it was announced Christian Cage would get an AEW World Championship match against Kenny Omega at AEW All Out. A lot of fans were hoping for Hangman Page to get that shot, but you cannot deny the 47-year-old Cage has been impressive since his AEW debut in March. He has earned a shot against Kenny Omega. It is doubtful fans expected Cage to get two World title shots, however, in the next four weeks.

Britt Baker received a huge ovation as she returned to her hometown of Pittsburgh on this week’s AEW Dynamite. She is just coming off a wrist injury but wanted to defend her title in front of her hometown fans. Our favorite dentist will be getting a huge test on AEW Rampage against Red Velvet.

Red Velvet has been very impressive in recent months. She is on a nine-match winning streak. But those matches were all on AEW Dark and Dark: Elevation. So will Red Velvet be ready for a motivated Britt Baker? Will, the Doctor, be ready for a huge main event and her big home field advantage on Friday night? It will be a fun way to end the first episode of AEW Rampage. 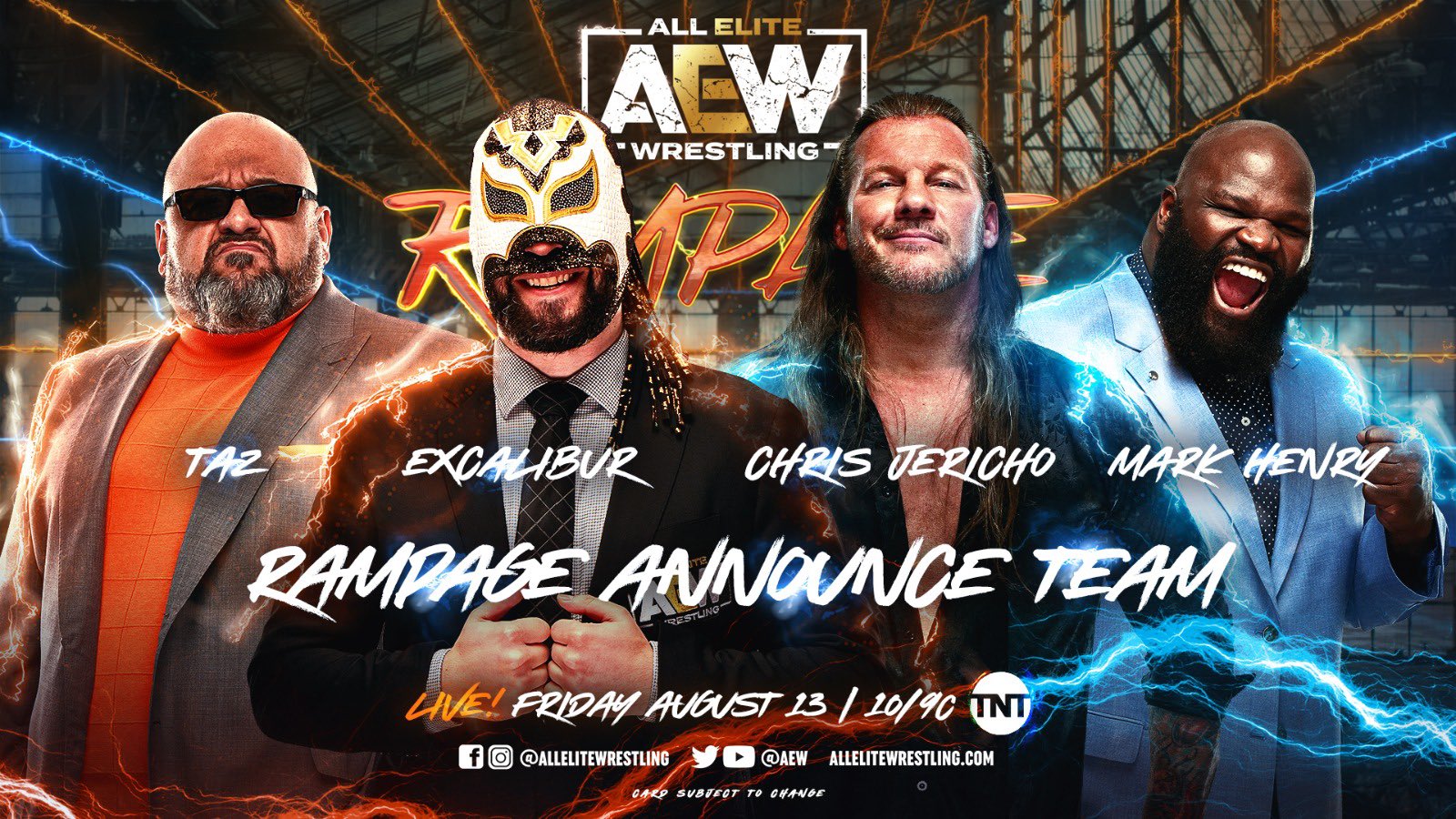 Be sure to stay tuned to the Pro Wrestling Post for this and additional stories from the wrestling world. Readers can rely on Pro Wrestling Post to be their daily source for all things inside the squared circle. As a result, readers can expect daily news, history, and so much more. Please visit All Elite Wrestling’s official website here for news and information on the promotion and upcoming events.