In the latest WWE NXT preview for 3/17/21, several matches are on tap, and a few questions appear to be asked along the way. Former NXT North American Champion has had enough and refuses to allow himself to be disrespected by the NXT roster. He faces Isaiah Scott in hopes of putting him in his place this evening. The Way’s perplexing relationship with Dexter Lumis continues as he faces Austin Theory. Will Indi Hartwell’s infatuation with Lumis play a part in this matchup as well?

Fans will also see the in-ring debut of LA Knight. Could those Knight has gotten under the skin of in the process of his debut also play a part in this matchup? This past Monday, it was officially announced that Jordan Devlin would be coming to NXT to confront Santos Escobar. Is this meeting a prelude to what is to come in just a few short weeks? All this and more on as we look ahead at WWE NXT for 3/17/21. 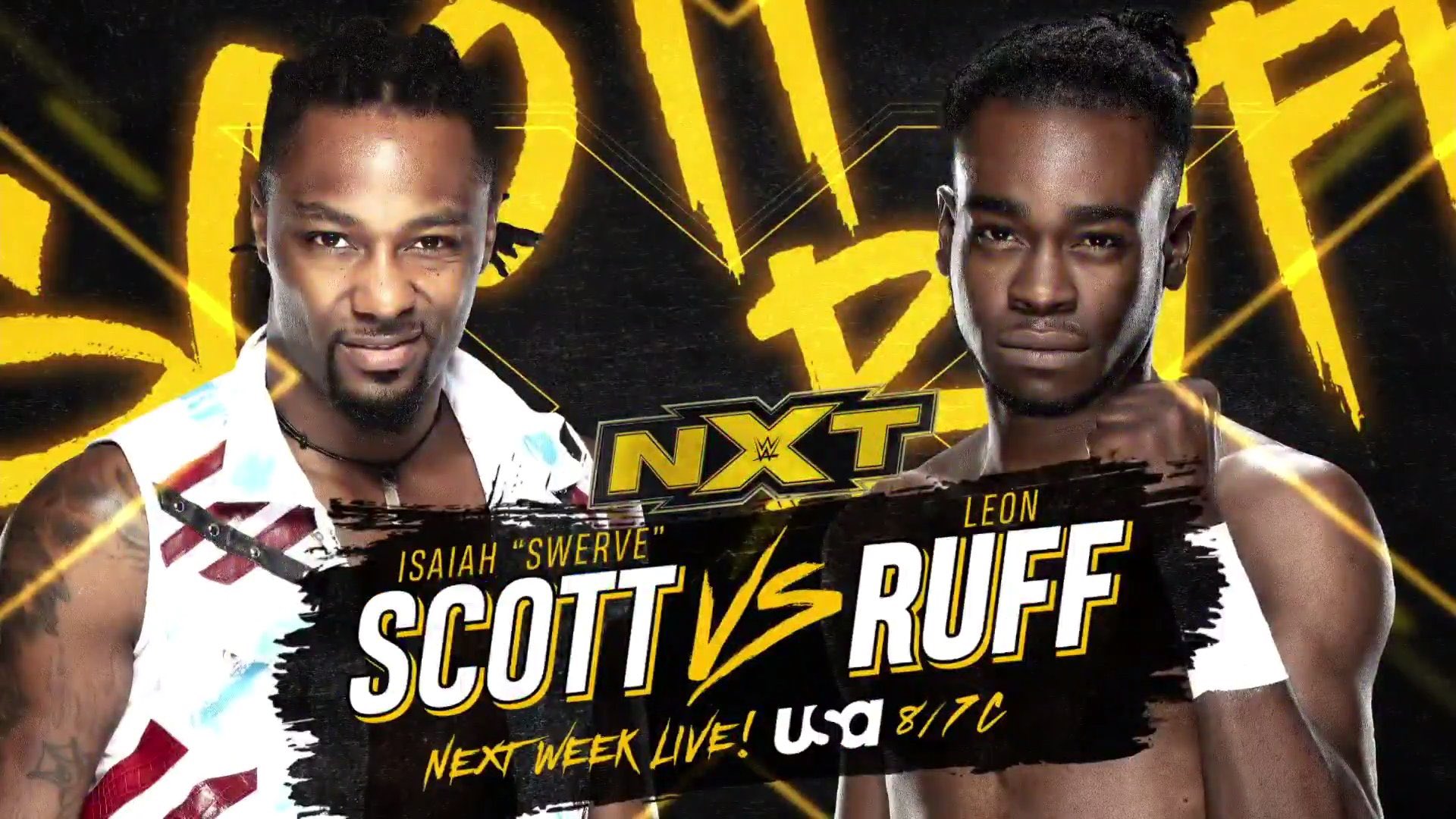 The growing animosity between Scott and Ruff has finally come to a head. In Leon Ruff’s case, he’s been clear that he will not allow himself to be disrespected. Too often, he has had to face the argument that he’s been ‘lucky’ or ‘fortunate’ during his time in NXT. He refuses to allow that argument to define him. It is that sentiment that seems to be what Isaiah Scott is using to disrespect Ruff. He is downplaying Ruff and his achievements in NXT. Whether it was his NXT North American Championship win or wins against Johnny Gargano, Leon Ruff will prove that he is more than a one-hit-wonder.

For Scott, he has faced a great deal of adversity and aspires to reassert himself in NXT. Whether it is the NXT North American Championship, NXT Cruiserweight Championship, or NXT Championship, Scott intends to put Leon Ruff down on his way to the top.

One of the most interesting matches and emerging feuds is one between Lumis and Theory. This match all came about because Johnny Gargano told Theory that Lumis thought very little about Theory’s ‘abs.’ While that’s a silly argument for anyone to make about someone else in regards to booking this match. It does open the door for something more. If this match leads to Lumis challenging Johnny Gargano for the NXT North American Championship, then it makes sense.

It could very well be that this booked match is a stepping stone to something more. With NXT TakeOver weeks away, this could be the prelude to something involving Lumis and The Way in one-way shape or form. With there being a clear intention of making Theory appear silly, Lumis is clearly getting into the heads of The Way, and this match could only further that mental invasion!

L-A Knight is here. Easily one of the most captivating promos in wrestling today, Knight is set to challenge in his first match in NXT. Fans could be swerved in that he doesn’t actually get a chance to compete. Whether for one reason or another, the build-up to Knight’s arrival could be nothing more than hype. That isn’t necessarily a bad thing, either.

In fact, with the threat that Bronson Reed could be looming, Knight may be prevented from actually stepping into the ring with anyone. Another scenario that could play out is that Knight says that those in the audience doesn’t deserve to see him in the ring. While this scenario has taken place before with Fandango, it hasn’t happened in NXT.

It was only a matter of time before the travel ‘ban’ was lifted. It couldn’t have happened at a better time, either. In the case of Devlin, he’s been active as part of the NXT UK brand. But has yet to able to defend his title as part of the NXT brand. As he said previously, he is coming to NXT and looks to resume his place as the true NXT Cruiserweight Champion.

As soon as Devlin released that video, Santos Escobar quickly confronted NXT General Manager William Regal of these developments. It was so much of a distraction that Escobar didn’t accompany the rest of Legado Del Fantasma to the ring for their matchup. His failure to appear led to a loss by his teammates. What is in-store for Escobar when Devlin comes to NXT?