On Saturday, April 2nd, the WWE presents NXT Stand and Deliver 2022. The event will be held on the same day as night one of WrestleMania. It is hard to pick one to look forward to with seven matches on the card. All NXT titles are on the line in what looks like a fun show. In the case of one match, we will see former frienemies come together.

Fans will witness a former NXT UK Champion attempt to assert himself in NXT 2.0 while a grudge match in which a longstanding NXT veteran says goodbye. Of each of the title or non-title matches, which are you most looking forward to? Here is the NXT Stand and Deliver 2022 preview. 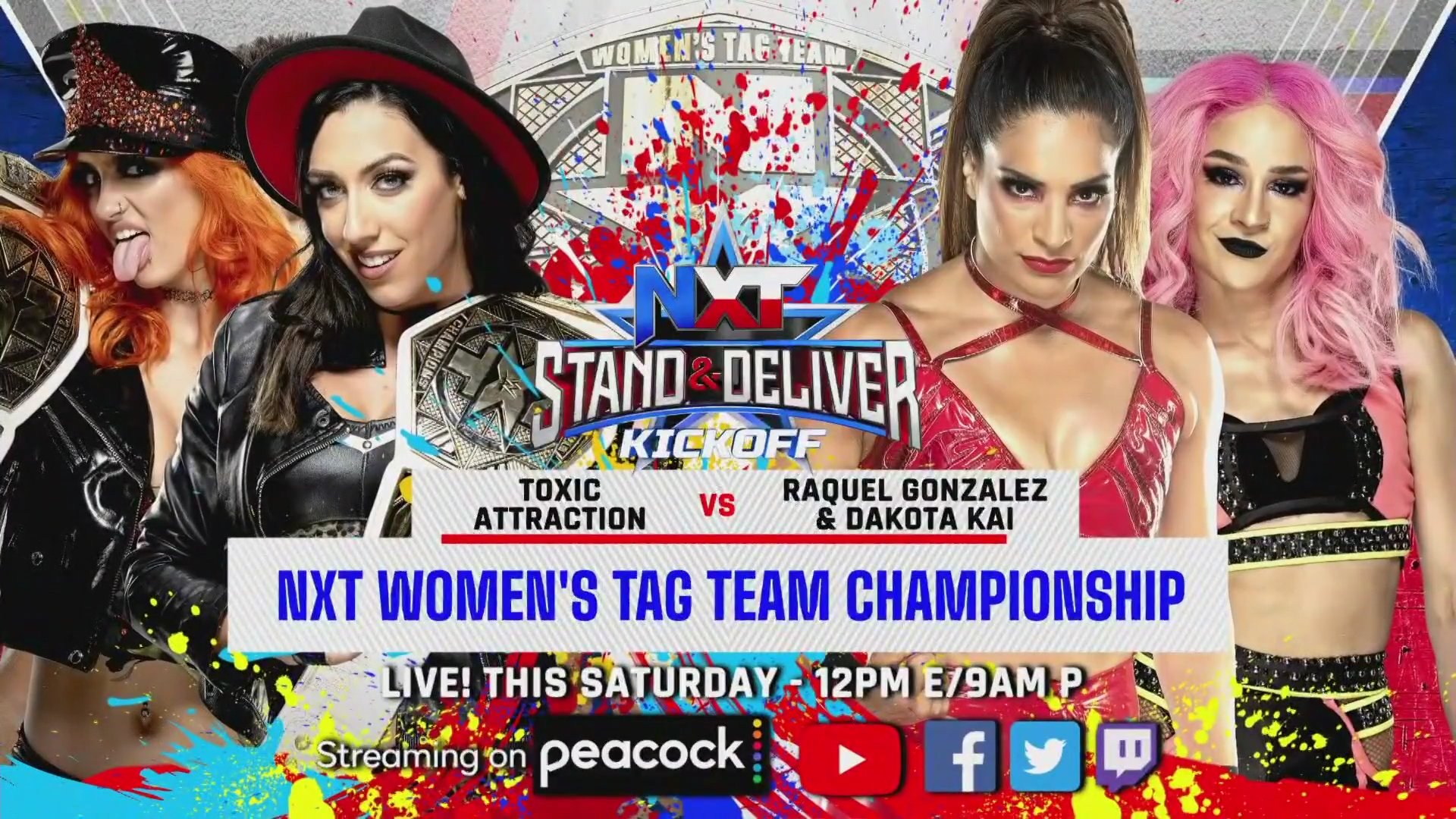 On this past week’s edition of NXT 2.0, it was decided who would challenge Toxic Attraction for the NXT Women’s Tag Team Championships. While the belief was that Dakota Kai and Wendy Choo would be the ones to come through, that wasn’t the case. Instead, Kai was reunited with an old friend and one former rival. Raquel Gonzalez returned, and with her return came a reunion.

Fans were very welcome to see this alliance reform between Kai and Gonzalez. The question is, will their past issues play a factor in this championship opportunity. Can Gonzalez trust Kai once again? For the sake of Dolin and Jayne, they better hope so.

For MSK, they come into this match not only with the hopes of regaining their championships but being the team to beat in NXT. The Creed Brothers they are the team with the most steam behind them coming into this match. So it is the champions that are at a disadvantage. As the rules state, they don’t even need to be beaten in order to lose the titles. Will that happen? Not if the men who say the ring is sacred to them have anything to say about it. 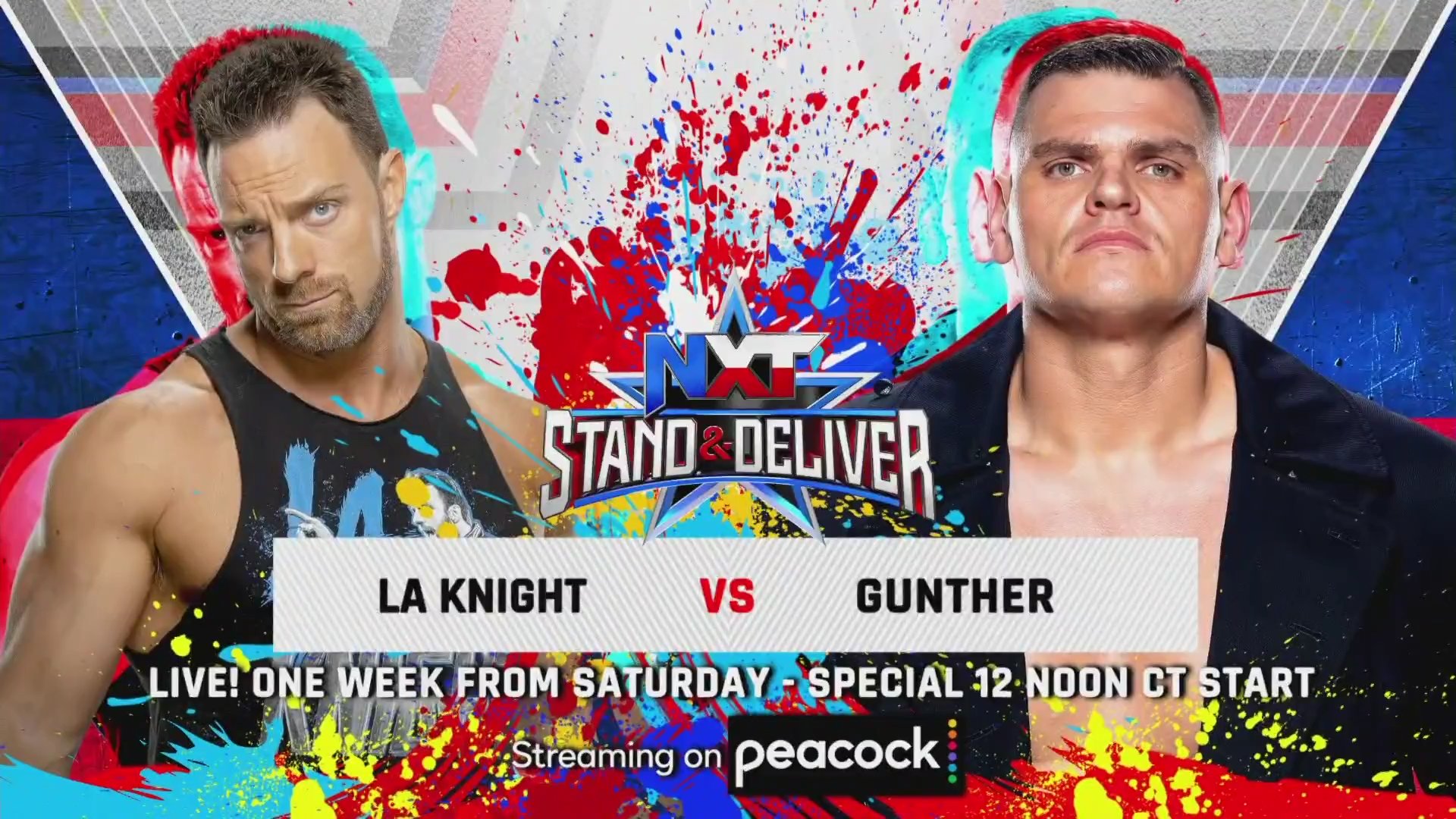 Size doesn’t matter. If LA Knight has proven anything, it isn’t the size of the dog in the fight; it’s the size of the fight in the dog. While that previous statement is more of a cliche than anything in this match, it still applies. Gunther (Walter) has come into NXT 2.0 with his sights set on moving up on the roster. He will have to face men that have a pedigree behind them to do that.

But as fans know, Gunther is the longest-standing NXT UK Champion, so he’s pretty established. That isn’t to take anything away from Knight, but it could be a step in the direction of contending for NXT’s top titles.

Is this goodbye for Tommaso Ciampa in the WWE? He’s stated that this will be his last match, as evident by his promo in the ring and an image of him holding a chair. That chair listed a timeline from when he began in NXT on September 9th, 2015, to April 2nd, 2022. Tony D’Angelo has faced Pete Dunn and lost to him. So now he stands across the ring with someone that has nothing to lose. But the question is, does he have his pride at stake?

Typically a loss won’t is what happens for those that leave. The belief is to leave a place better than how you found it. Will Ciampa go out on top, or will D’Angelo leave Ciampa sleeping with the fishes?

These five men are preparing for absolute war! If NXT’s future could be captured in one match, it is these five men involved here. Each one brings with it an exceptional moveset and array of moves. While some may carry strength, some are more agile and use finesse, as others use a straight ability to show how to strike!

Each of these men can easily stake claim to the title, but Carmelo Hayes has long been the one carrying the title. He will often say when Melo shoots that he doesn’t miss. But he only has a 20% chance of scoring in this match, considering all those considered threats in the match.

To cash in their Dusty Classic win on Mandy Rose is brilliant! In doing so, it still leaves it open for Zoey Stark to once again team with Shirai. That said, as well as Shirai and Ray worked as a team that goes out the window in this match. Shirai is a former NXT Women’s Champion and has beaten the best to capture that title.

But it has been some time since she’s held the championship. For Kay Lee Ray, the former NXT UK Women’s Champion she, knows what it takes to walk away as the champion. In the case of Cora Jade, she has been the one talent that has been on the rise, quickly ascending to the top of the division. However, Mandy Rose will have to do anything and everything to ensure she doesn’t lose her title.

Will the other members of Toxic Attraction help her to ensure she holds onto the title? 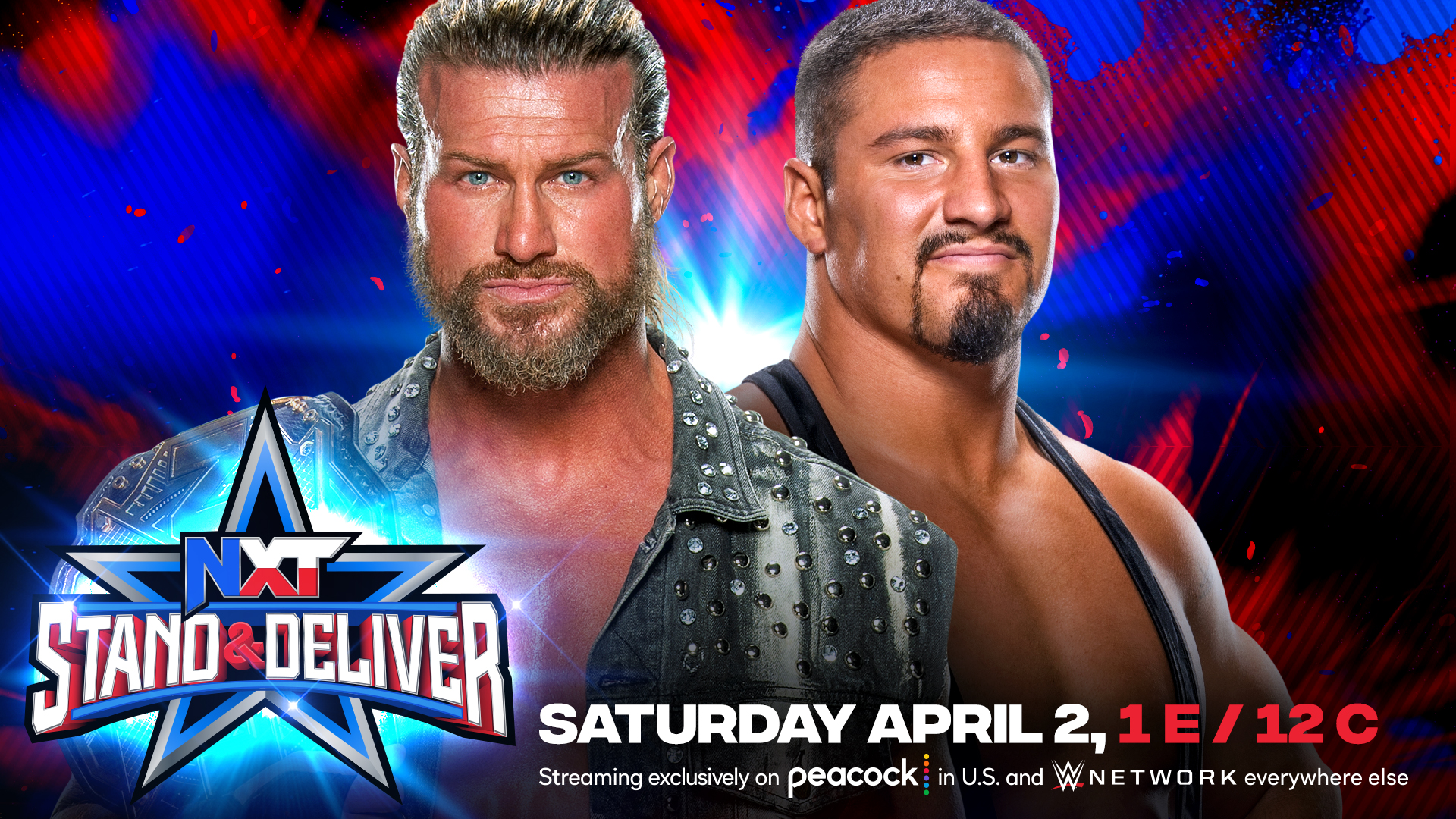 An interesting scenario is playing itself out here. On one side, we have one-half of the tandem of the Dirty Dawgs and the current NXT Champion. On the other side of the ring is the former NXT Champion, that was never pinned for the title. With word traveling that Breakker has been earmarked to move to either Raw or SmackDown, the question is will this be his last match?

Often the WWE has had a champion capture a title only to remain on a brand for a period of time just to move them a few months later. It was as though that talent was pulling double duty. We’ve seen Ziggler interject himself into matches involving the Mysterio’s on Raw as they’ve competed on NXT. But we’ve also seen Bron Breakker being molded for the next step. We could be overthinking it, but Bron likely wins the title, at least for the interim.