This week as we preview AEW Rampage for 2/25/22, we witness three matches and a contract signing. However, one of those matches announced is a Professor’s 5-minute rookie challenge. The other two matches include one for a qualifying spot in the Face of the Revolution and the other for the TNT Championship.

Finally, while it isn’t a match, what has been announced is the contract signing for the AEW Women’s Championship at AEW Revolution is sure to push the boundaries of this growing rivalry once again. Here is our preview AEW Rampage for 2/25/22. 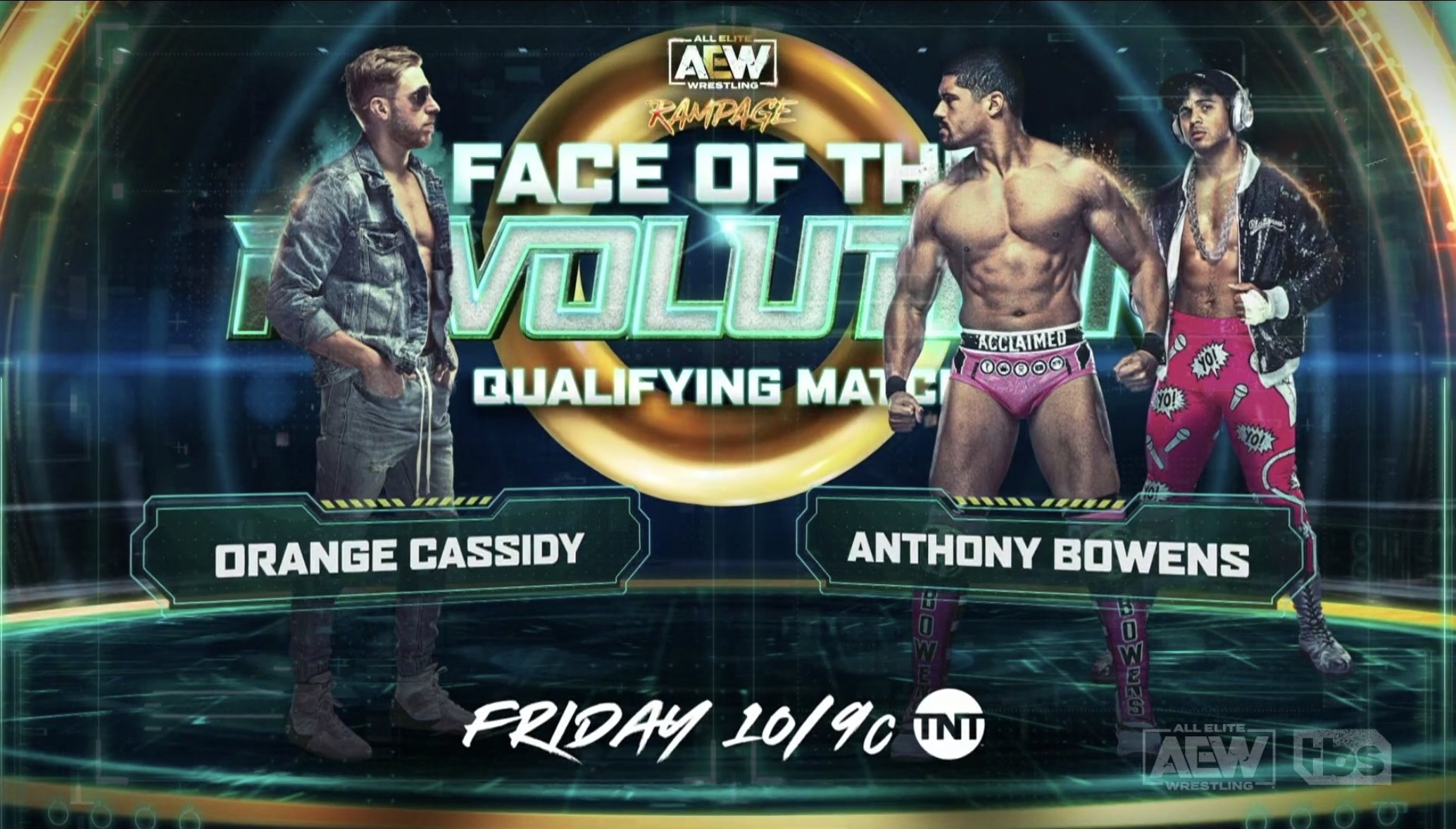 Max Castor wasn’t successful against Warlord. So it is up to Anthony Bowens to get the better of Orange Cassidy and qualify for this tournament. The biggest question is will Castor play a factor in this match, and if he does, will other Best Friends members play a part in this match and Cassidy’s success?

A win here for Cassidy just makes sense and easily positions him as a threat to win the match and contend for the TNT championship. While not a difference-maker in the match itself, the rap Castor may perform on his way to the ring is something to also look forward to.

It’s hard to preview a match with no ‘rookie’ announced. However, with the number of women competing on Dark, Dark Elevation and training under Dustin Rhodes or QT Marshall, it is likely to be someone from them. However, what would be interesting is if the challenger is someone that wears a mask and is introduced as a rookie but is a noted talent in AEW and someone who hopes to exact revenge against Serena Deeb.

The only person that immediately fits that description is Hikaru Shida, and we’re fine with that. It would undoubtedly give Shida the slightest chance to seek revenge against Deeb. Will it happen? Only time will tell.

After last week’s title defense between Guevara and Allin, El Idolo and Matt Hardy’s interference led to this opportunity. While a great match ended with a less than a favorable result, El Idolo was more concerned with gaining an opportunity. This match will provide with it all the athleticism that both men are known for and more.

With potential variables such as Sting, Allin, Matt Hardy, and Isaiah Kassidy all likely to get involved, how will this match turn out? Fans are assured that Guevara is going to continue to push the boundaries of gravity and likely take risks that will have some question his safety. But with the rest of AHFO as vested as El Idolo to capture the title, it is almost certain that chaos will ensue!

From their epic matchup that likely made Dr. Britt Baker D.M.D the face of the AEW Women’s division to this signing, these two are sure to release a whole lot more than pleasantries at this signing. Will tables be turned or have someone go through them? The chances are likely.

What is interesting, however, is if Thunder Rosa will come to the signing alone or if Mercedes Martinez will have her back as she is set to stand across from the current AEW Women’s Champion. Check out AEW Rampage on Friday, February 25th at 8 PM to find out!