On Friday, November 25th, AEW Rampage for 11/25/22 features four matches. We have the former AEW Women’s Champion, Hikaru Shida, in action against an opponent that is yet to be announced. Also on the card includes a six-man tag match with the Dark Order against Rush/The Butcher and Blade, Darby Allin against Anthony Henry, and an Ring of Honor Tag Team Championship match.

Will we see new Ring of Honor World Tag Team Champions crowned? Will the return of Hikaru Shida get the wheels in motion for a new title contender for Jamie Hayter? Here is our preview for AEW Rampage for 11/25/22.

Now that Jamie Hayter has had the Interim label removed from her reign and Toni Storm’s reign is also considered an official reign, Shida will focus her attention on regaining what was once hers.

This time around, in her quest to recapture the gold, she may have to go through former champion Dr. Britt Baker DMD in order to do so. Oh, how it all comes around.

One of the most peculiar scenarios playing itself out in AEW is that of Darby Allin. The former TNT Champion that would actively defend his title hasn’t been pushed to a more prominent role within the company in some time. He has feuded with the House of Black and engaged in feuds with AFO, but still, one would hope he would be in contention for something more.

As one-half of The Work Horsemen, Anthony Henry is easily one of the most talented and least exposed men on the roster. A battle against Darby Allin will help his exposure but anything less than a win by Darby will be considered an upset. 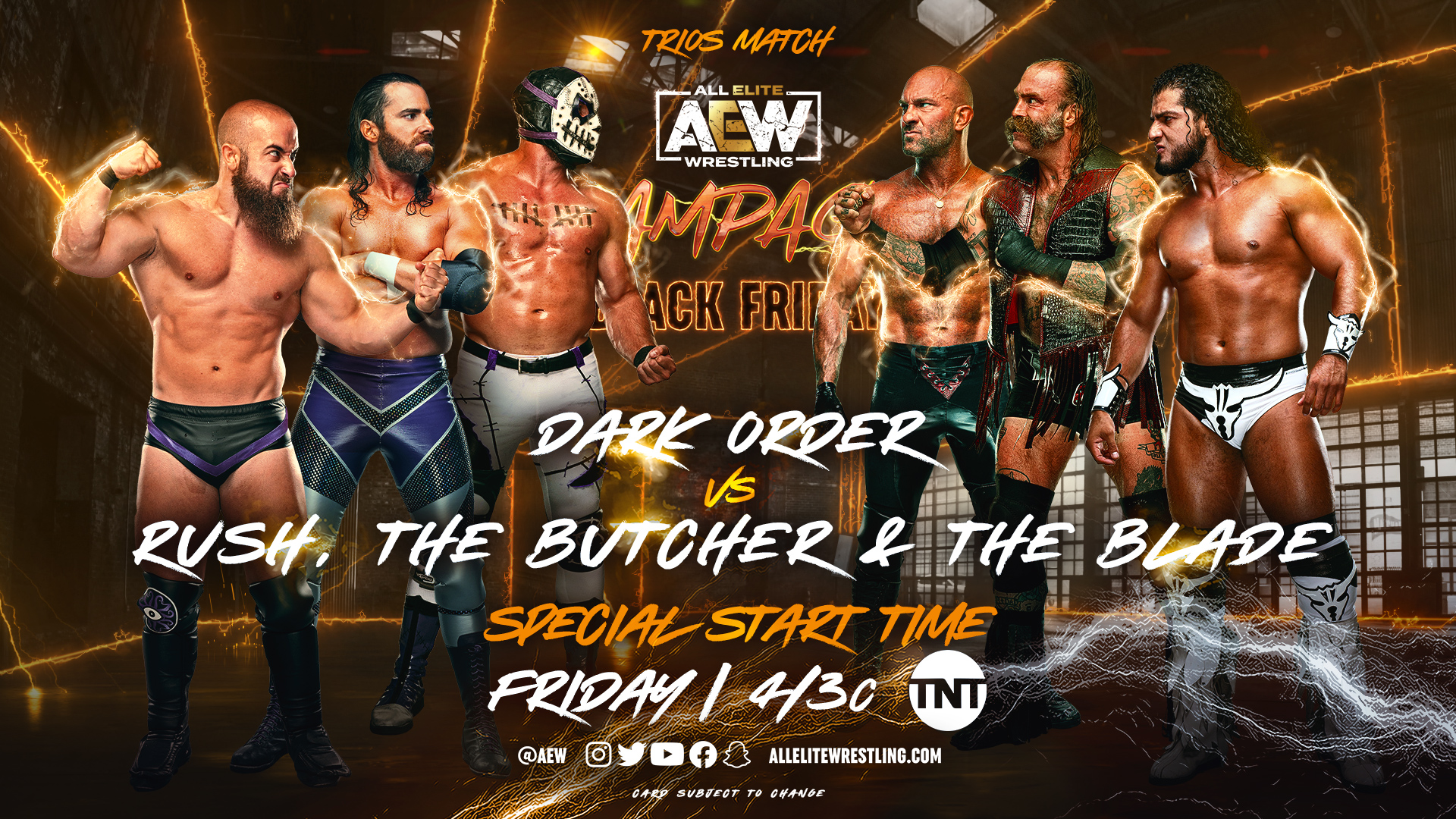 The ongoing saga between Dark Order and Rush and associates appears to have come to a head. In this instance, Rush has time and time again, made overtures trying to lure 10 to join his ranks. It has been shown that time and time again that he has refused to join. Or has he?

It’s been far too often that John Silver or Alex Reynolds has spoken on Preston Vance’s behalf. Could see a time when Vance is tired of others speaking for him? The Butcher and The Blade are firmly behind Rush and this match will only assure their dominance with a win over Dark Order. 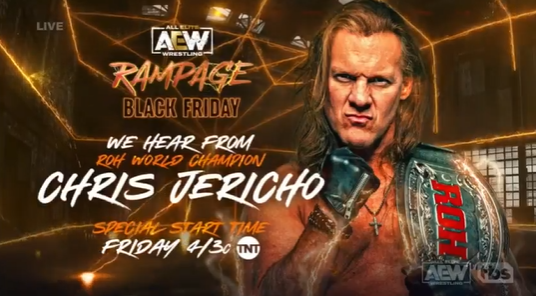 The Ocho has faced several former Ring of Honor Champions during this reign. Whether they be former singles or tag team champions, Chris Jericho has left them all behind. The next question is with Final Battle set to take place in a few weeks who is likely to be his next threat for the title?

With the recent return of Darius Martin, it seems that Top Flight is back in action altogether again! While it’s odd that the duo have been granted a tag title opportunity so quickly, their pedigree behind them is likely what has contributed to this opportunity. Dax and Cash are fighting champions and are as committed to tag team wrestling as anyone in the world.

That said, the brothers’ Martin, have been hampered by a number of injuries over the past couple of years that has slowed their progress in AEW. Now with them back together, it appears as though they will be able to resume that same quest to be champions could begin as early as tomorrow evening.

Stay tuned to Pro Wrestling Post for this and additional stories from the wrestling world. Readers can rely on Pro Wrestling Post as their daily source for everything inside the squared circle. As a result, readers can expect daily news, history, and much more. Also, please visit All Elite Wrestling’s official website here for news and information on the promotion and upcoming events, and FITE TV’s official website to watch AEW Dynamite and Rampage for International viewers.

This site uses Akismet to reduce spam. Learn how your comment data is processed.