In the latest WWE NXT preview, we feature a championship match for the 7/20/21 edition. During last week’s episode, it was announced that two matches had been slated to take place this coming week. One match has championship implications, while the other match is tied to an emerging grudge taking place between former friends turn foes. Last week Xia Li walked up to NXT Women’s Champion Raquel Gonzalez and challenged her to a title match. It will be a much different Xia Li on this night.

In the other announced match of the evening, the Diamond Mine’s Tyler Rust and Roderick Strong would square off against two men that are emerging adversaries for them. KUSHIDA and former Strong teammate Bobby Fish. At the time of this writing, no other matches have been announced. With that said, who else will be implicated on this night’s show? Will we see the tag team champions also appear on this night? 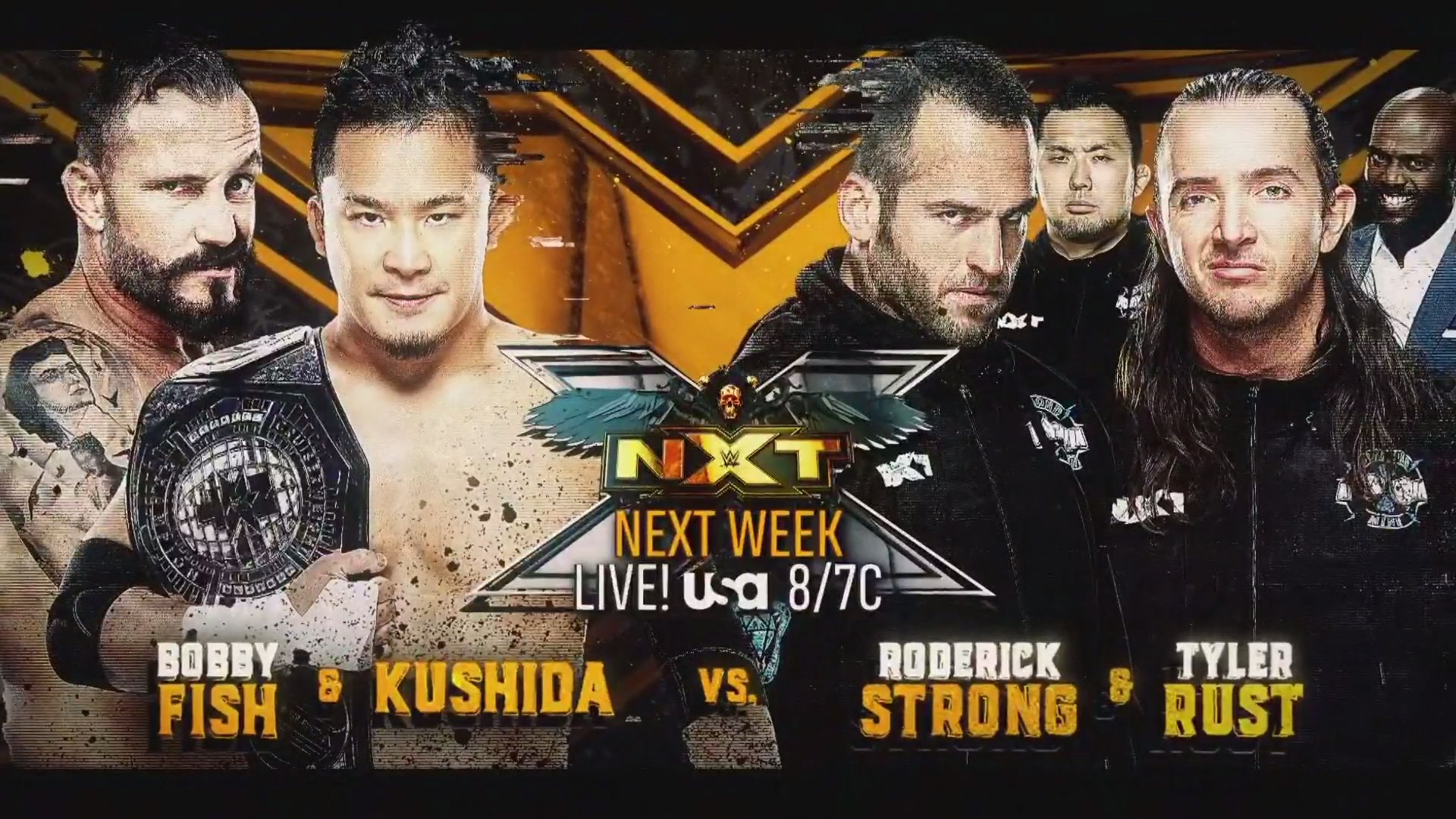 Former allies are now rivals in this hotly contested upcoming match. After the Diamond Mine made their debut a couple of weeks back, KUSHIDA became their first victim. The following week with former Undisputed Era teammates Bobby Fish and Roderick Strong would be at odds with one another leading to this coming week. However, However, Malcolm Bivens Diamond Mine is coming in prepared to do more than ‘compete.’ They are bringing with them a fierce and intense manner that should be taken seriously.

It has been some time since Tyler Rust was seen on-screen with Bivens. However, his return makes complete sense. Rust, Strong, and company have begun to make enemies, and this match reflects that. Will they finish Fish and KUSHIDA or have bitten off more than they could chew? 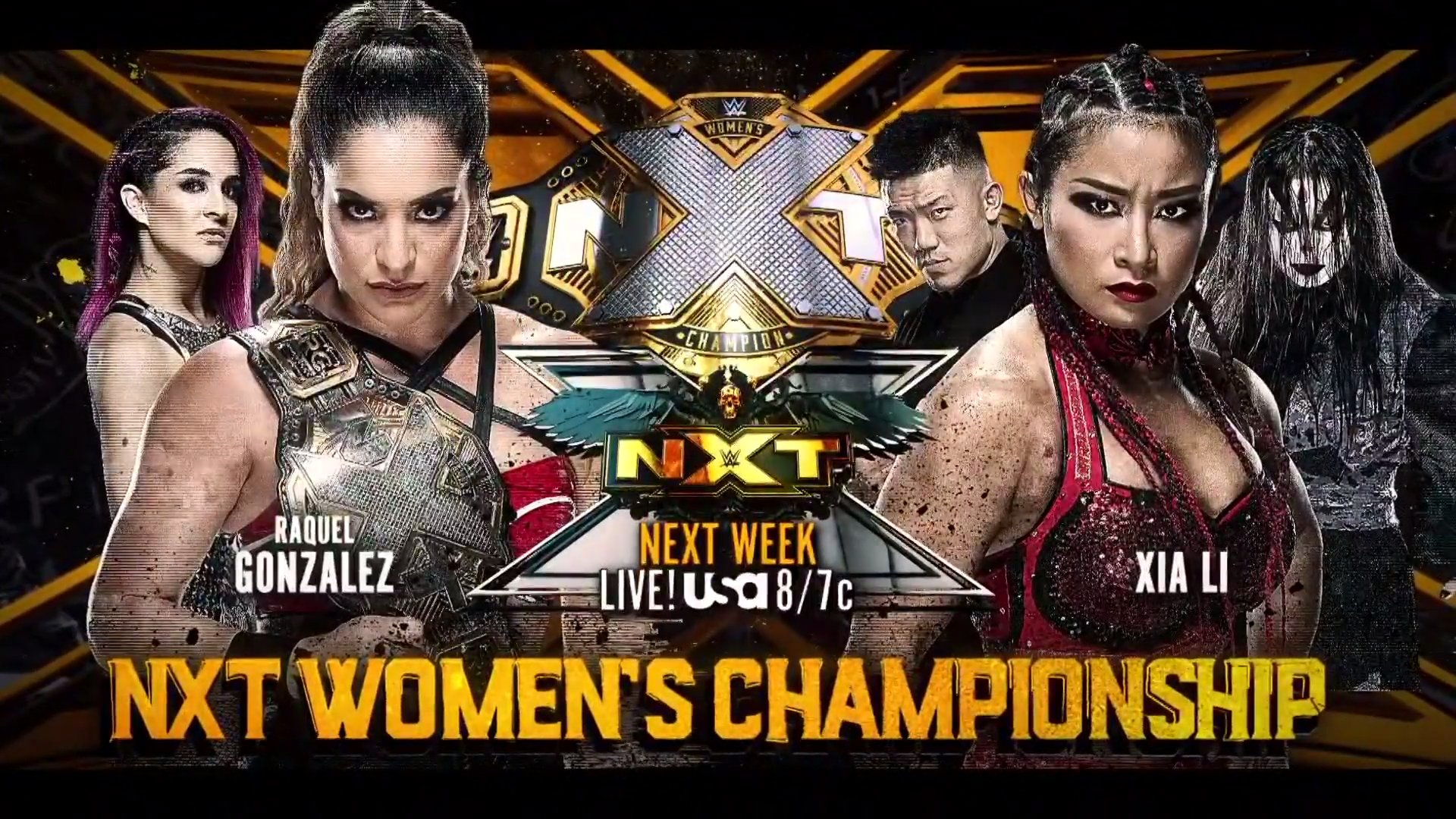 If you want something, step up and take it! These are the words that best describe how this match came about. First, Xia Li walked into the ring after Dakota Kai’s match with Raquel Gonzalez walked right past Kai and stood up to Gonzalez. Then, with her intention clear, Li challenged Gonzalez for the NXT Women’s Championship. Since she has had Tian Sha standing with her, Xia Li has been nothing short of dominant. However, for Raquel Gonzalez, while she has faced former champions and notable challengers, it is the mystique and allure of Xia Li that appears to be the most compelling story yet to be told.

However, one has to wonder if the woman who has stood alongside Raquel during her ascent to the top may be growing tired of being seen as a secondary role in Gonzalez’s climb to the top. Whether or not that is the case, everyone has their breaking point. So will this night be Dakota Kai’s?

Be sure to stay tuned to the Pro Wrestling Post for this and additional stories from the wrestling world. Readers can rely on Pro Wrestling Post to be their daily source for everything inside the squared circle. As a result, readers can expect daily news, history, and so much more. Please visit WWE NXT’s official website here for news on the promotion and upcoming events.