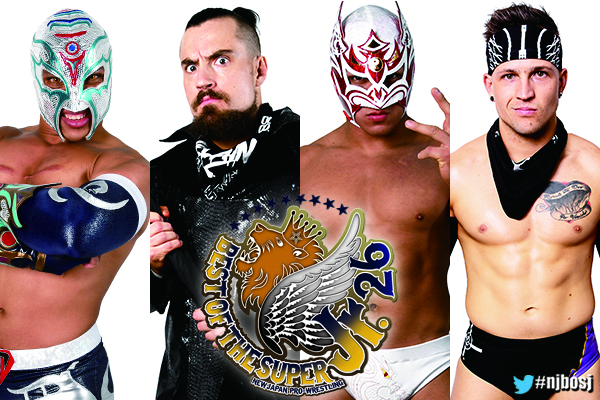 It is time to start with Dragon Lee, the reigning IWGP Junior Heavyweight Champion. At twenty-three years old, he is one of the fastest rising stars in the world. This will be his third Super Juniors tournament where he hasn’t had a lot of success so far.

Dragon Lee really broke through by winning the Junior Heavyweight title at G1 Supercard in April. He also defended the title recently against former Champion Taiji Ishimori. Can he continue the momentum and win BOSJ as well?

It is exciting to see the the fifteen year veteran in his first BOSJ tournament. His matches in Ring of Honor and other promotions are always exciting. He just doesn’t seem to have a lot of victories to show for it. Can this great technical wrestler have some real success on this big stage?

Marty Scurll is in his third BOSJ tournament. In the last two appearances, he fell two points short of winning his block. Can he break through this time?

The long time Dragon Gate veteran will be in his first Super Juniors tournament. He joined New Japan in October of 2018 and has had a lot of success. He won the Junior Heavyweight Tag Team Championship at Wrestle Kingdom in January. Can the LIJ member continue his recent success and get the title?

He is one half of the current Junior Heavyweight Tag Team Champions. It will be his second BOSJ tournament. He is going to try to improve upon his last place finish for 2018. And he gets another shot at his recent rival, Shingo Takagi. It should be great. 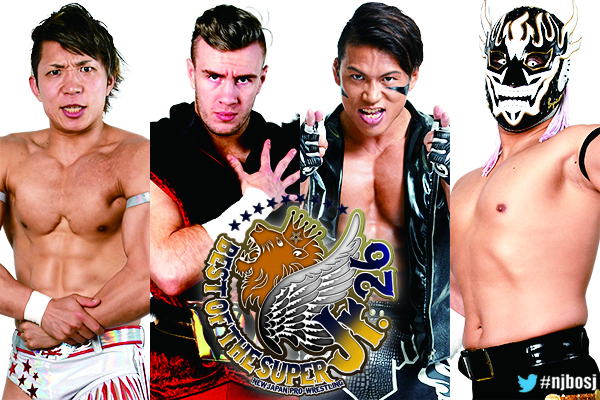 In his third BOSJ, Taiji should be one of the favorites. He was the finalist last year losing an amazing championship match to Hiromu Takahashi. Ishimori recently lost the Junior Heavyweight title to Dragon Lee at G1 Supercard. Can he get right back in the title picture by winning the BOSJ title? 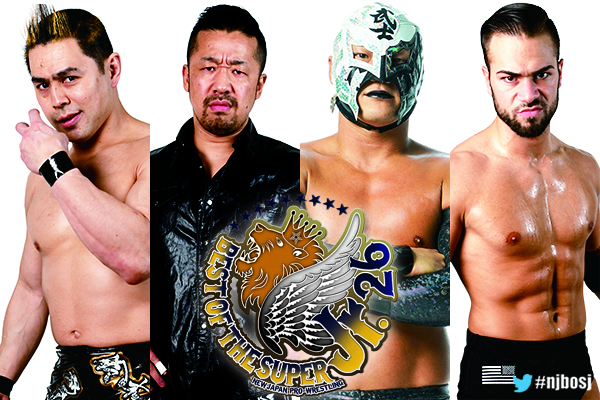 It is the veteran in his seventh Best of the Super Juniors tournament. His first tournament was back in 1994. Needless to say he doesn’t win a lot these days and seems to be just a veteran presence the tournament needs.

Tiger Mask has an amazing 18 year streak of competing in this tournament. His resume is one of the best in Junior Heavyweight history. He is a six-time IWGP Junior Heavyweight Champion and two-time Best of Super Juniors tournament winner. The 48-year old should provide some fun moments over the next month.

The CMLL veteran is in his second BOSJ but first since 2013. This will be his chance to showcase his skills to a bigger audience. I mean he doesn’t want to be overshadowed by Dragon Lee right?

The Suzuki-Gun veteran is back for his third straight BOSJ. The 42-year-old spent most of his career in Pro Wrestling Noah but has had some success since joining New Japan in 2017. He is a three-time IWJP Junior Heavyweight Champion but hasn’t translated to a lot of singles success. Can he change that in a crowded A Block field?

Bandido joined Ring of Honor in January 2019. At twenty-four years old, he is one of the fastest rising star in the world thanks to his excellent work in PWG’s Battle of Los Angeles 2018. It will be his BOSJ debut and the matches that will occur in this block are going to be quite exciting. Can Bandido win in this debut?

It is the forgotten member of LIJ. It is Bushi’s seventh appearance in the tournament but his best result has been losing on a tiebreaker in 2017 to Kushida. He has come so close on multiple occasions. Can he break through this time?

It is last minute replacement time! Replacing the injured El Desperado, is this relatively unknown wrestler. He has a lot of experience in Michinoku Pro and in smaller Mexican promotions. It is an interesting choice to see how an unknown factor will fit into this very talented field.

El Phantasmo got the star treatment with lots of hype videos welcoming him to the Bullet Club in recent months. He is a wrestler from the Pacific Northwest who got attention by winning the British J Cup in Rev Pro Wrestling in 2018. With New Japan adding him to the popular Bullet Club, he has a lot to live up to in his first real chance to shine in New Japan.

It is time for another last second replacement! The Young Lion is replacing Flip Gordon. Young Lions are usually not terribly successful in tournaments but Ren is a talented wrestler who should provide some fun moments in his B Block matches.

It is the great Australian hope for the Junior Heavyweights. Eagles is an 11 year veteran. He gained a lot more prominence by being a part of the New Japan Australian Tour in 2018 and joining Bullet Club in the Super Junior Tag Team Tournament last year. This will be his biggest chance to shine in New Japan and his experience states he should do quite well as a threat for the NJPW Best of the Super Juniors win.

Sometimes it is easy to forgot Rocky is still an active wrestler in New Japan. He spends a lot of time being the manager for Roppongi 3K and is a frequent English commentator for NJPW World. But Rocky is a former Junior Heavyweight Champion and eight-time Junior Tag Champion. How will Romero perform in his first BOSJ in three years?

A lot of time I see Taguchi as being a comedy act in opening tag team matches. But this is his 16th appearance in this tournament and he was a former winner in 2012. He has a excellent Junior Heavyweight title match this year at New Beginning. Can the former champion regain some glory in 2019?

His accomplishments are quite impressive. He is a former NJPW Best Of the Super Juniors winner, two-time Junior Heavyweight Champion and recently NEVER Openweight Champion. He is well known as one of the best wrestlers in the world. Can “The Aerial Assassin” run through B Block?

The other half of Roppongi 3K! This will be his third NJPW Best Of the Super Juniors. His best performance so far was six points in 2018. Can the faster of Roppongi have more success against the high-flying B Block? Time will tell.

This was Preview: of NJPW Best of the Super Juniors 26. To read our Year in review for NJPW for 2018 click here.