NXT aired another episode of Level Up on Peacock & WWE Network tonight as we review NXT Level Up for 11/11/22. We have 3 matches we got 3 matches; we got some tag team action as Ivy Nile & Tatum Paxley goes against Lash Legend & Jakara Jackson, and Ikemen Jiro is in action against Javier Bernal & the main event, we got 6 Man Tag Team action as Malik Blade, and Edris Enofe & Odyssey Jones goes against Xyon Quinn, Lucien Price & Bronco Nima.

Lash Legend & Ivy Nile starts this match, but Nile eats a few boots to the face and tags out to Jakara Jackson. Nile takes her down with ease, and Tatum Paxley gets the tag. Jackson pulls Paxley down for a slam by the hair, which gets a two-count.

Tatum gets caught in the wrong corner and gets beaten down. Legend in, and she gets a splash for two. Paxley fires back with a dropkick but gets caught trying a crossbody, and Legend drops her with a swinging backbreaker.

Tag made to Jackson, and she works the back as she stretches Paxley over her knee; Paxley gets an enzuigiri and gets the hot tag to Nile.

She runs wild with a headscissors on Legend and a running kick. Legend hits a pump kick and tags back to Jackson, then they try to double team, but Nile just punches Legend & kicks Jackson.

Legend gets dumped to the floor, which lets Jackson gets a roll-up for two. Another also gets two, but Nile transitions that into the Diamond Chain Lock to get the submission win.

The match begins with Javier Bernal walks away from a handshake, then Ikemen Jiro clowns Bernal early and lands an elbow in the corner, then he springs off the middle rope, but Bernal swats him down and starts firing off clotheslines.

Bernal misses a charge in the corner but catches Jiro with a fist to the face as he tried to spring in from the apron. Bernal drops Jiro throat first off the top rope, and that gets two. Slam from Bernal, followed by a series of elbow drops and then into a chinlock. Jiro punches his way out but eats a corner clothesline which gets two.

Bernal hits a bulldog, followed by a basement clothesline, then hooks the leg, but it gets a 2 count. Bernal lands some kicks but tries one too many as Jiro catches the leg. He whips Bernal down and starts connects with the Jacket Punches Tarantula in the ropes from Jiro, and he slingshots in with a leg drop. Ikemen Splash is ducked, and Bernal grabs the tights to get the win.

Bronco Nima & Edris Enofe starts us off as Enofe gets a headlock on the mat. Nima gets vertical, pushes off and gets a shoulder tackle then makes the tag to Lucien Price and they hit a double back elbow. Enofe gets a unique duck of a charge and hits a dropkick before tagging to Malik Blade.

They run through some double team offense but Blade gets caught in the wrong corner. Xyon Quinn in but Blade rolls away from a clothesline and makes the tag to Odyssey Jones. Quinn tries to run through Jones but fails. Both teams get in the ring, and Blade, Enofe & Jones clears the ring. Quinn uses a distraction to get in a strike from behind but gets knocked down, trying a shoulder block.

Enofe gets the tag and launches himself off Jones to land a splash on Quinn for a two-count. A whip lets Price get a blind tag, and he blasts Enofe from behind. Enofe gets trapped in the wrong corner, and Price just unloads with strikes. Nima is in, and he gets some shots of his own in. Quinn is back in, and he hits a splash after a clothesline from Nima, then a hook of the leg, but it gets a 2 count.

Tag to Price, and he just punts Enofe in the chest from the apron before climbing in the ring. Enofe gets the hot tag to Jones, and he runs through everyone. Blade in with a dropkick to send Bronco to the floor. Jones gets a belly 2 belly, but Quinn makes the save. Enofe comes in off the top onto Quinn. Price gets isolated, and Blade heads up to the top rope and jumps off Jones’ shoulders with a splash for the victory. 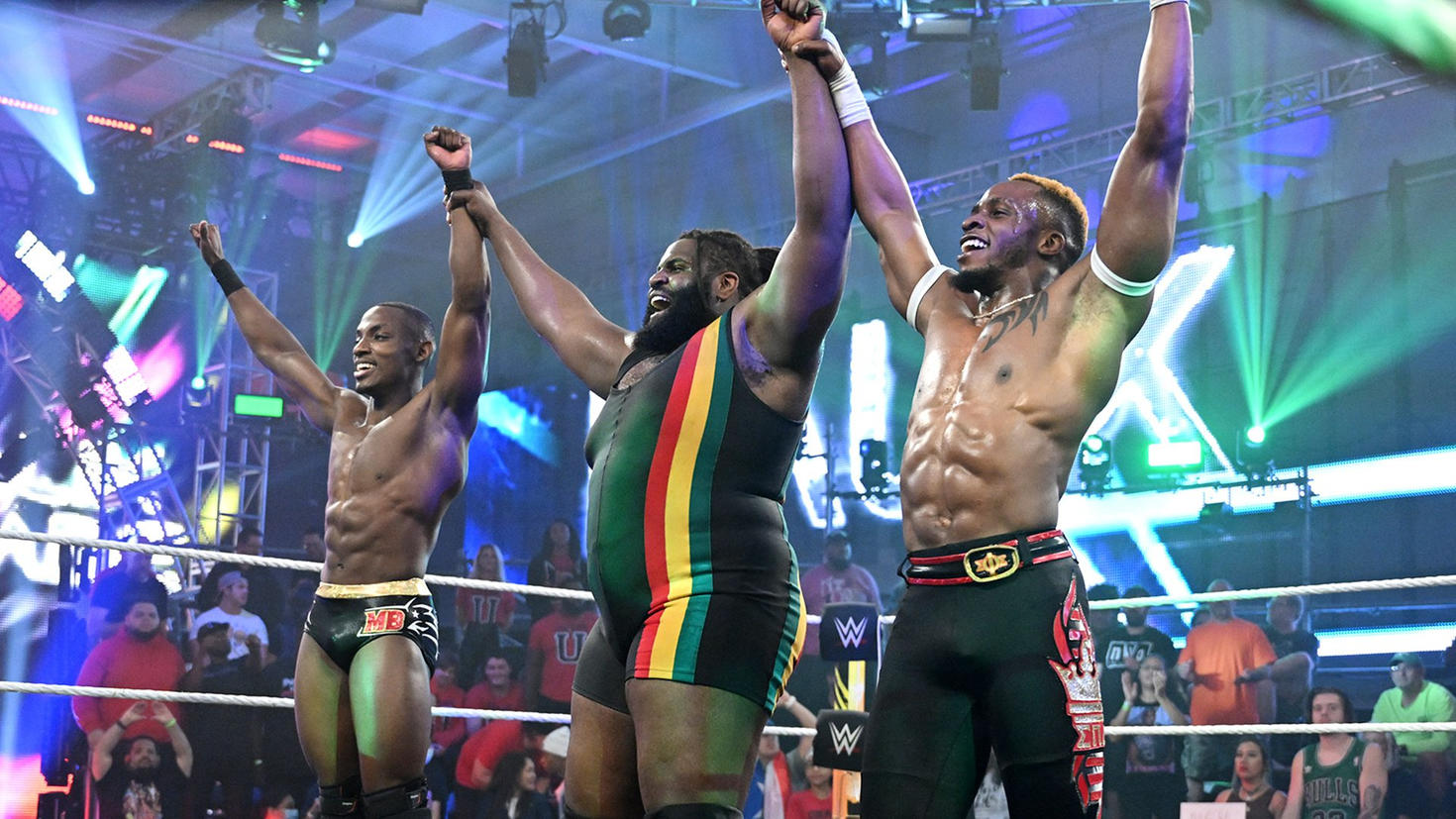 What did you think of this past week’s edition of NXT Level Up for 11/11/22? What do you anticipate happening on next week’s show? Share your thoughts in the comments section below.

Stay tuned to Pro Wrestling Post for this and additional stories from the wrestling world. Readers can rely on Pro Wrestling Post to be their daily source for everything inside the squared circle. As a result, readers can expect daily news, history, and more. Also, please visitWNXT’sT’ss official website here for information on the brand and upcoming events.