This week NJPW STRONG Synopsis for 6/18/22 continues their residency at 2800 Arena in Philadelphia, the former home of ECW. While it’s not uncommon to see big stars appear alongside the young lions of the LA Dojo, the Collision in Philadelphia series has already seen appearances by top talent in New Japan. Just last week, Jay White and BULLET CLUB racked up a win over Tomohiro Ishii’s team of Rocky Romero, Mascara Dorada, Chuck Taylor, and Ren Narita.

This week, we can expect not only the rising talent of the LA Dojo, but also Hiroshi Tanahashi in action. The presence of the record 8-time IWGP Heavyweight Champion is bound to bring out the best in the LA Dojo on this historic run in IWGP. Here’s the NJPW STRONG Synopsis for the night Tanahashi came to the ECW Arena.

NJPW STRONG kicks off this week with some six-man tag action and another chapter in the Alex Coughlin/JR Kratos feud to boot. Their intense rivalry continues off the back of another six-man match during the Mutiny series, seeing Coughlin teaming with Rocky Romero and Adrian Quest to defeat Kratos, Black Tiger, and Danny Limelight. What began as a six-man tag team match quickly broke into a singles match as Coughlin and Kratos battled on the outside.

We’re sure to see something similar happen on Saturday night when Alex Coughlin and JR Kratos meet in the ECW Arena.

The legendary madman Delirious returns to a New Japan ring for the first time since 2019 to face “The Persian Lion” Ariya Daivari. The younger Daivari is coming into his own in NJPW STRONG, recently discovering the benefits of underhanded tactics. Despite picking up victories, he’s yet to get the big win he needs if he wants to pick up steam. Daivari’s got his work cut out for him on Saturday night.

Delirious wrestles an unpredictable style already, and the spirit of ECW might just possess him to do something crazier than expected.

IMPACT Wrestling’s Jake Something makes his debut in an NJPW STRONG ring for about with fellow heavyweight Brody King. Jake Something has been making waves in IMPACT since dropping the “Cousin Jake” gimmick heading into 2021.

He’ll leave quite the mark if he manages to defeat Big Bad Brody on Saturday night. Brody King has been making waves of his own in NJPW since he defeated Minoru Suzuki at last months Capital Collision. Will Brody King maintain his momentum or will he suffer a major upset at the hands of Jake Something? 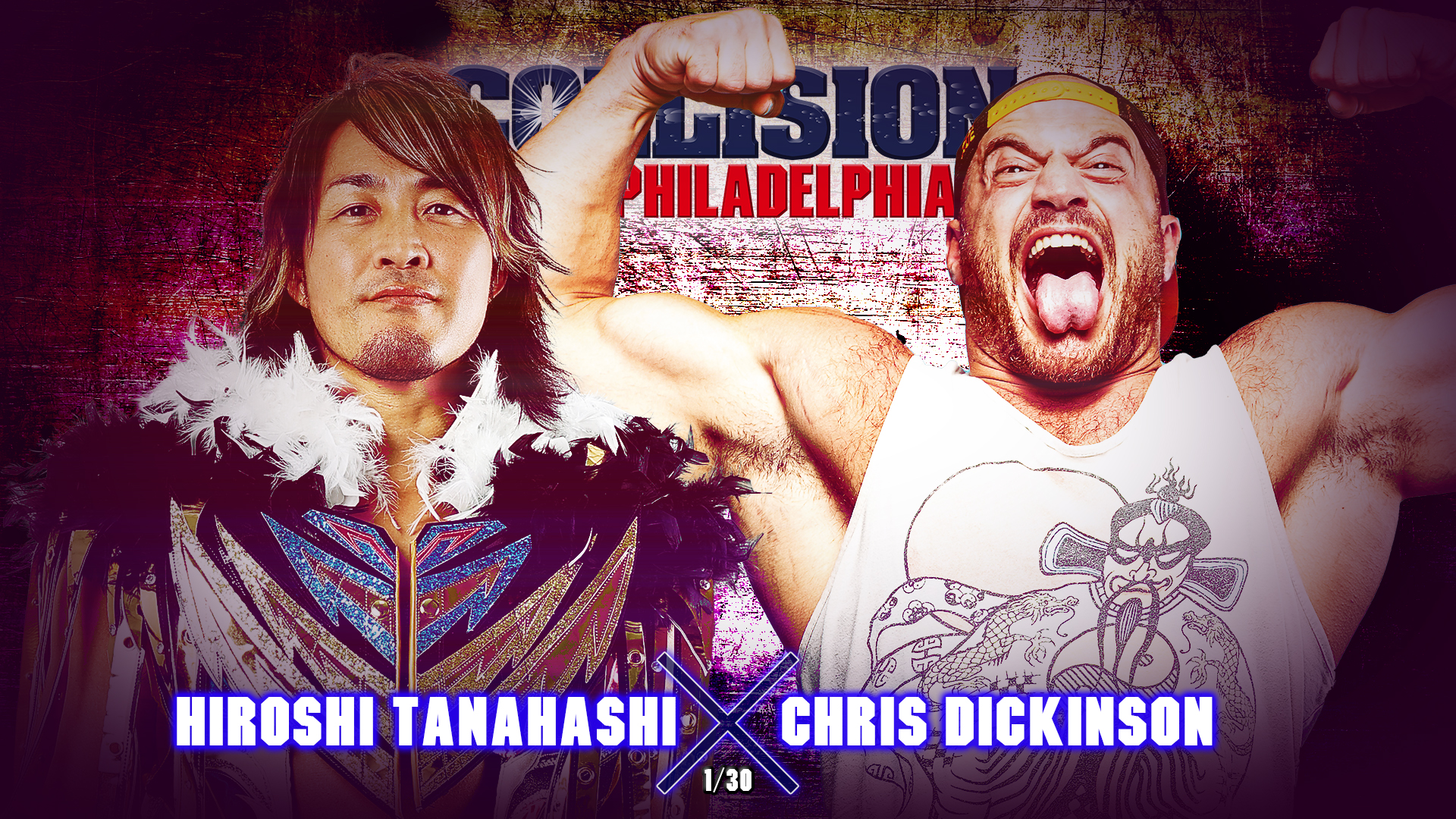 Legendary 8-time IWGP Heavyweight Champion Hiroshi Tanahashi comes to NJPW STRONG to take on Chris Dickinson. The Ace will be looking to stay in fighting shape for his upcoming bout with Jon Moxley in Chicago for the interim AEW World Championship. Tanahashi is coming off of a win over Hirooki Goto at Dominion, and he’ll be looking to keep that momentum as he squares off with Chris Dickinson.

That might be more of a challenge than he expects. While Dickinson is billed from New York, he’s one of those wrestlers who carries within them the spirit of ECW. The challenge of defeating New Japan’s Ace and the historic venue of the ECW Arena may combine to give Dickinson a drive we’ve not seen from him in NJPW STRONG.

Stay tuned to Pro Wrestling Post for this and additional stories from the wrestling world. Readers can rely on Pro Wrestling Post to be their daily source for all things inside the squared circle. As a result, readers can expect daily news, history, and so much more. Please visit New Japan Pro Wrestling’s site here for news and information on the promotion and upcoming events pertaining to the NJPW Strong program.