It is that time of year when massive changes occur in New Japan Pro Wrestling. At Wrestle Kingdom 15, many new champions were crowned. During that Wrestle Kingdom weekend, they also did an outstanding job setting up the next challengers for all the major titles. How will New Japan look as we enter the end of the New Beginning Shows? We present the New Beginning in Hiroshima Night Two 2021 NJPW preview.

The final New Beginning show will have six matches, some intense tag matches, and an exciting main event for the IWGP World Heavyweight and Intercontinental Championships. With the ever-changing landscape of New Japan in 2021, we should have some unexpected twists and turns in the final night in Hiroshima:

You have to feel really, really sorry for the Young Lions. On the first night of New Beginning in Hiroshima, they were destroyed by Suzuki-gun members in a short six-man tag team match. What is the reward for them on night two? It is time for another match with various members of Suzuki-Gun.

Taichi and Zack Sabre Jr. were unsuccessful in winning back the IWGP World Tag Team Championship. Sure, they lost because of cheating, but it doesn’t really matter. The Dangerous Tekkers will be in a really foul mood. Can the Young Lions survive another night of Suzuki-gun anger? 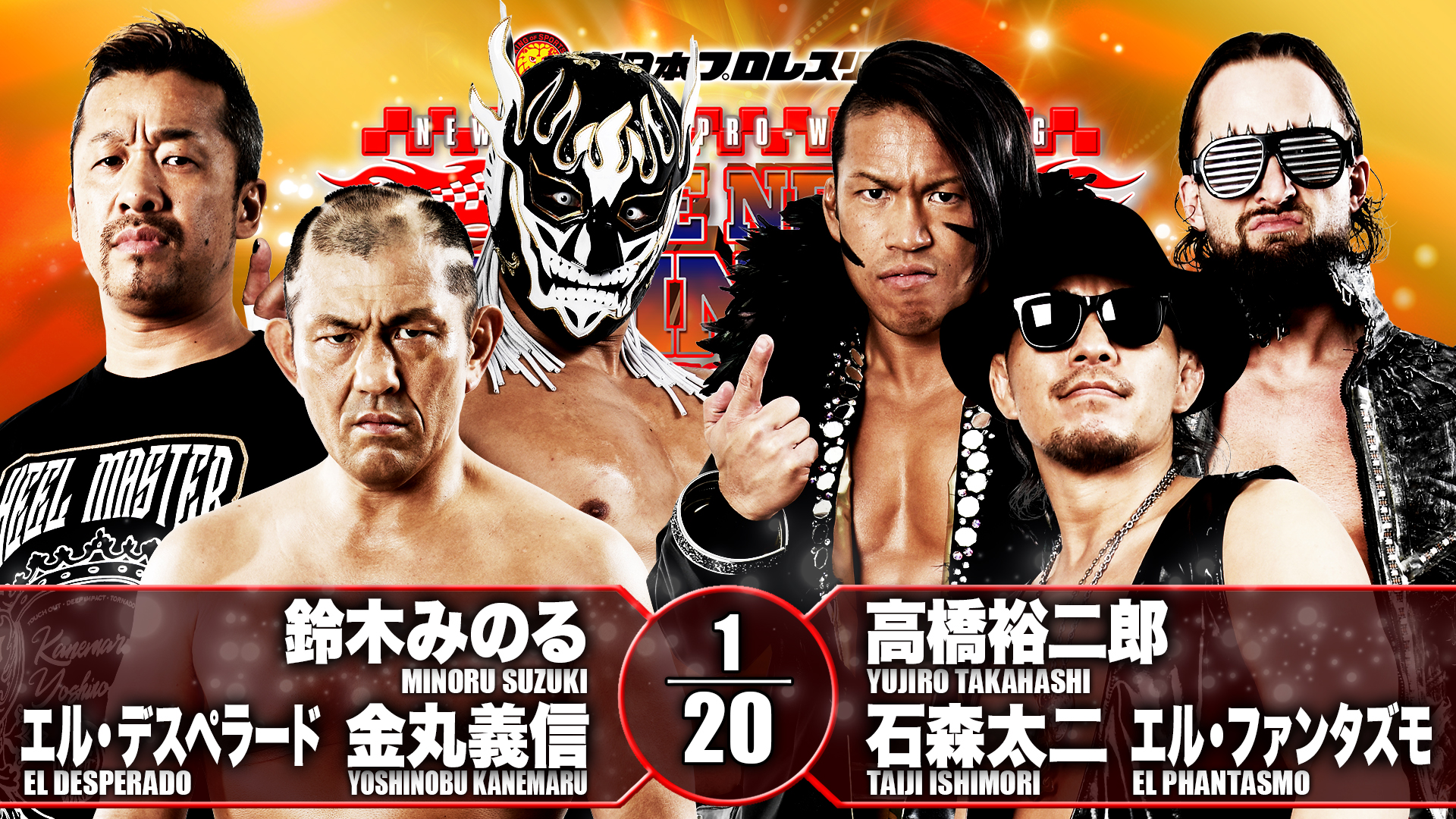 The Suzuki-gun team of El Desperado & Yoshinobu Kanemaru are not happy. On the January 23rd Road to New Beginning show, they lost their Junior Tag Team Championship to Taiji Ishimori and El Phantasmo. They will get their hands on them once again at New Beginning.

Minoru Suzuki has also vowed to take out members of The Bullet Club. He will get a chance against three of them in Hiroshima. It will be some Suzuki-Gun vs. Bullet Club action in this intense six-man tag.

Hiromu Takahashi defeated SHO in a grueling thirty-six-minute match for the IWGP Junior Heavyweight Championship on the first night of New Beginning in Hiroshima. What will they have left as they get their hands on each other on Night Two? It will be an interesting moment, to say the least.

Master Wato is also in a truly tough spot in this match. He lost a singles match to Bushi on Night One. He cannot seem to catch a break in picking up his first major singles victory. What will be his mood for this big six-man tag team match? 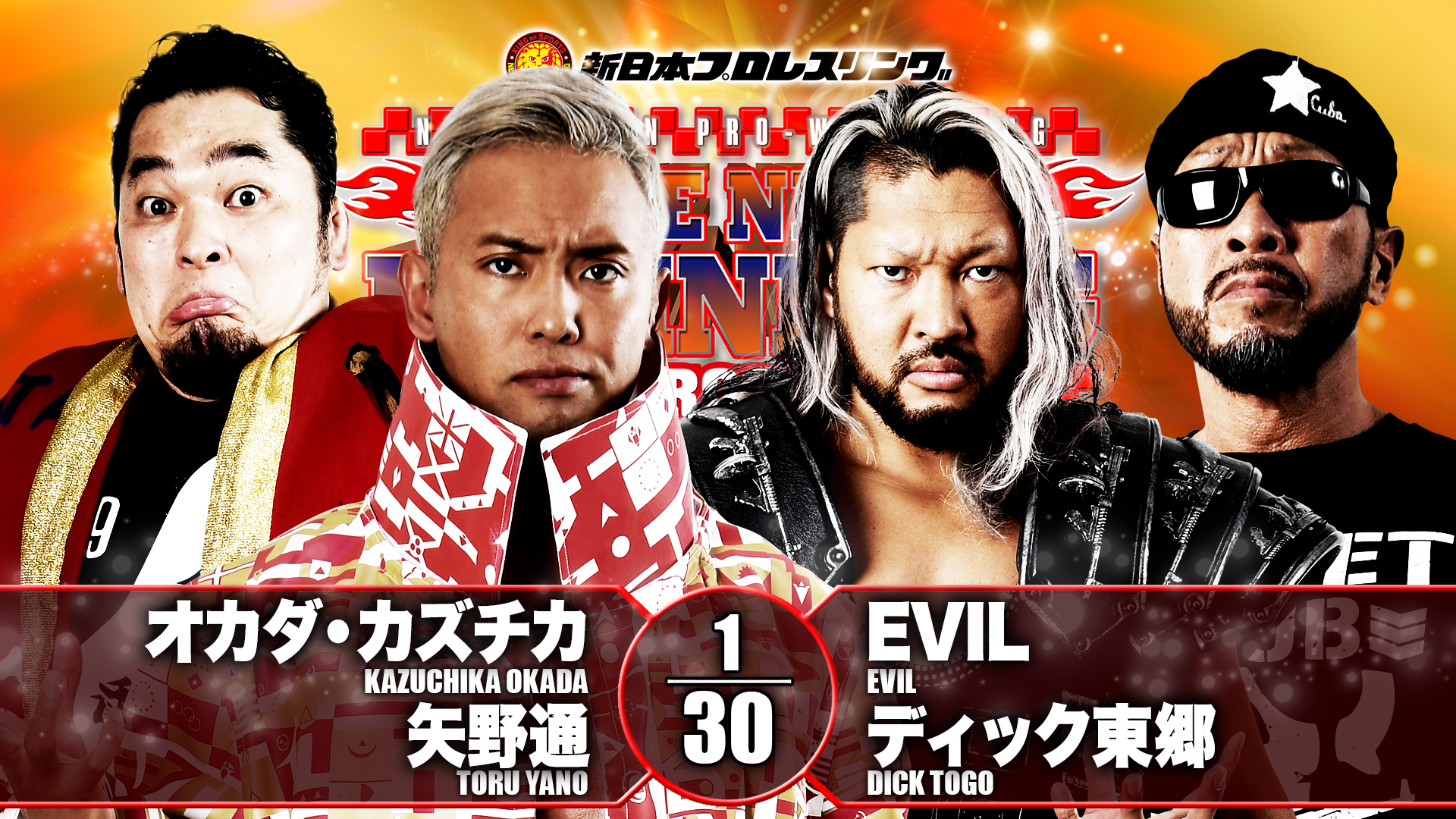 The Rainmaker wants EVIL. He has been looking to get his hands on him during the New Beginning Tour. Okada was part of the winning team in ten-man tag team action on Night One. On Night Two, he will get EVIL in a tag team match.

What will happen when they get face to face? It will be interesting to see for sure. If Okada can defeat EVIL, will he get a one on one match in the coming months?

It is the first title match of the night! Ishii, Goto, and Yoshi-Hashi have successfully defended the 6-Man Tag Team Championship since the Summer of 2020. Yoshi-Hashi, in particular, has been proudly defending his first-ever New Japan title. They will get their biggest challenge to date for their titles on Night Two.

Jay White seemed ready to quit New Japan Pro Wrestling after his heartbreaking loss to Kota Ibushi at Wrestle Kingdom. He shockingly returned and turned his attention to the 6-Man Champions and Chaos. With Guerrillas by his side, can the Bullet Club reclaim the titles?

Can Sanada finally win the big one? Sanada always seems to be on the edge of greatness. He has had multiple World Title shots and close calls in major tournaments in recent years. Despite his tremendous skill, he always seems to fall short. Can he turn that curse around in this huge main event?

Kota Ibushi’s long road to greatness was finally reached at Wrestle Kingdom. It was a truly memorable moment to see him finally win the IWGP Heavyweight and Intercontinental Championship. He has a goal of finally unifying the Double titles. But he has been losing a lot of tag matches to Sanada in the New Beginning shows. Can he overcome Sanada when it truly counts?