The independent wrestling weekly news review for 08/24/20 is back for another week. During the last week, WrestlePro held an event that ended with new WrestlePro Tag Team Champions. GCW also held not one event but two events last week, the promotion hosted both the Tournament of Survival 5 and Jimmy Lloyd’s Jersey Shore. There were also match announcements and new events for Paradigm Pro Wrestling, TNT Extreme Wrestling, and Zelo Pro Wrestling.

GCW held the Tournament of Survival 5 event on Saturday the 22nd of August at The Sandlot in Atlantic City. The Tournament of Survival 5 event was another fully packed show from Game Changer Wrestling, the line up included; KTB vs Jordan Oliver vs Lucky 13 vs Andrew Everett vs Myron Reed vs AR Fox in a scramble match. In the opening rounds of the tournament, Atticus Cogar faced off against Allie Kat, Alex Colon met SHLAK in the squared circle, Shane Mercer faced Eric Ryan, and Rickey Shane Page faced Jimmy Lloyd.

Colon headed into the semifinals after beating SHLAK, he then faced Atticus Cogar who he also beat. Alex Colon then faced the current GCW World Champion Rickey Shane Page in the finals of the Tournament of Survival 5. Alex Colon put everything he had into beating the GCW champ, and he did emerge the winner of this year’s tournament.

The challenge has been accepted, and the main event for the #PPWGrandPrix2 is official.

Synergy Pro Wrestling’s Heatseekers will take place this week on Saturday the 29th of August, you can watch the show live on FITE TV. Heatseekers will include ARCHADIA vs JOE GACY, FRIGHTMARE vs KIRK, CRAWFORD vs WHISPER, LSG vs MACINTOSH, and KTB vs Orlando, as well as more matches to be announced.

WrestlePro’s event last Saturday saw a brand new alliance between Impact Wrestling star Brian Myers and AEW’s Joey Janela. The pair teamed up at the WrestlePro event, held in Union, New Jersey and their weekend was more than successful as they ended up winning the WrestlePro Tag Team Championship titles. 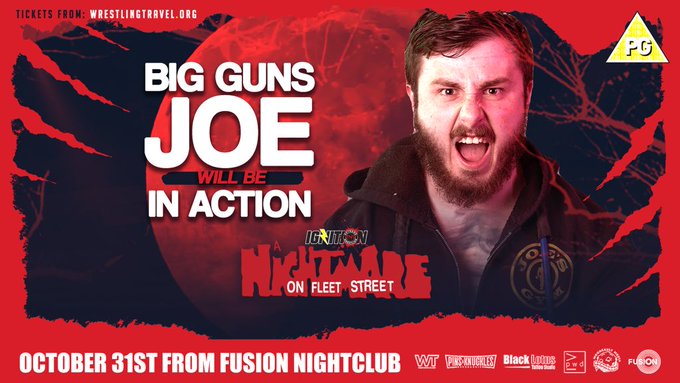 The promotion will also celebrate its 3rd year anniversary on August 24th, 2020, to mark the occasion use code ZELOPRO for a 5-day free trial over at Indie Wrestling TV.

Tomorrow marks the 3 year anniversary of our debut event!

You can relive where it all begin on @indiewrestling! ?