One week removed from an impressive opening contest in the NXT UK Heritage Cup, the chase continues on this week’s edition of NXT UK. And with a new challenger in Kenny Williams added to the chase, it will make this entire tournament one to watch for the next few weeks. But what about the state of the women’s division? All this and more as this is Coming Up NXT UK for 10/8/2020, Chase For The Cup! 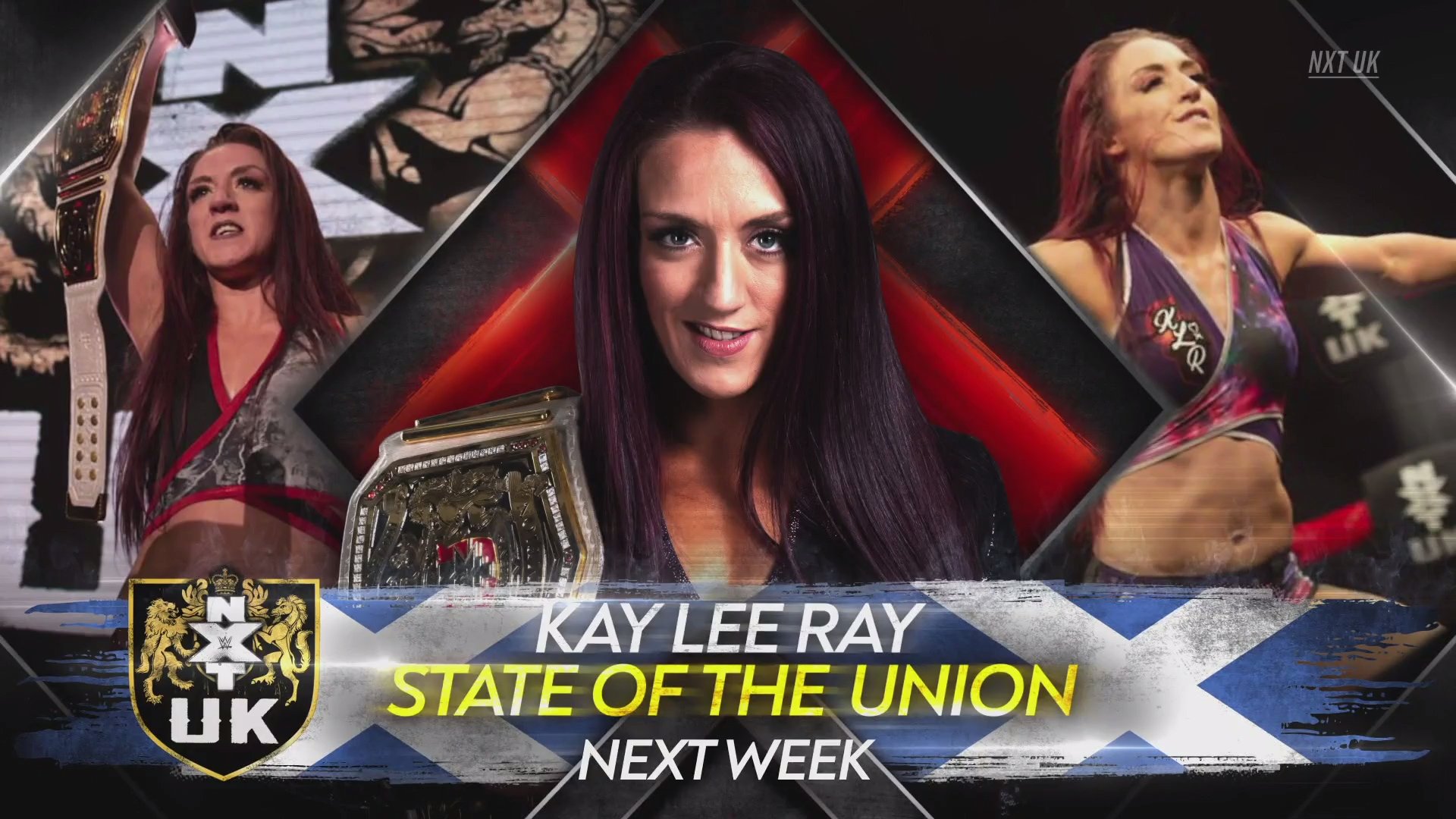 As of this writing, Kay Lee Ray has one of the most impressive championship runs in women’s wrestling history holding the NXT UK Women’s Championship for 400+ days. And after her win over Piper Niven, the champion has decided to hold court at the BT Sport Arena on this week’s edition of NXT UK.

What will KLR have to say about the state of the women’s division currently on the brand she holds the title as queen? Will she speak on her hard-fought, brutal match against Piper Niven from two weeks ago? And has she heard the comments of the Fashionista, Jinny?

It's only a matter of time before this epic encounter becomes reality! pic.twitter.com/7Ou9QKByZZ

Last week, during the NXT UK Heritage Cup match between Alexander Wolfe vs. Noam Dar, it was Wolfe seemingly blaming the special guest referee Pete Dunne for his loss. But before Wolfe got a word out, he was met with an onslaught from the former NXT UK Champion.

But the moment that onslaught was going to come to a Bitter End, the NXT UK Champion WALTER emerged in defense of his Imperium brother. And in that same breath, the #1 contender, Ilja Dragunov entered the chat and all hell broke loose between all four men.

One begs the question, when will we get Dragunov vs. WALTER? And before we get this big title match, could we see Imperium face the intense team of Ilja and Dunne in an NXT UK ring? 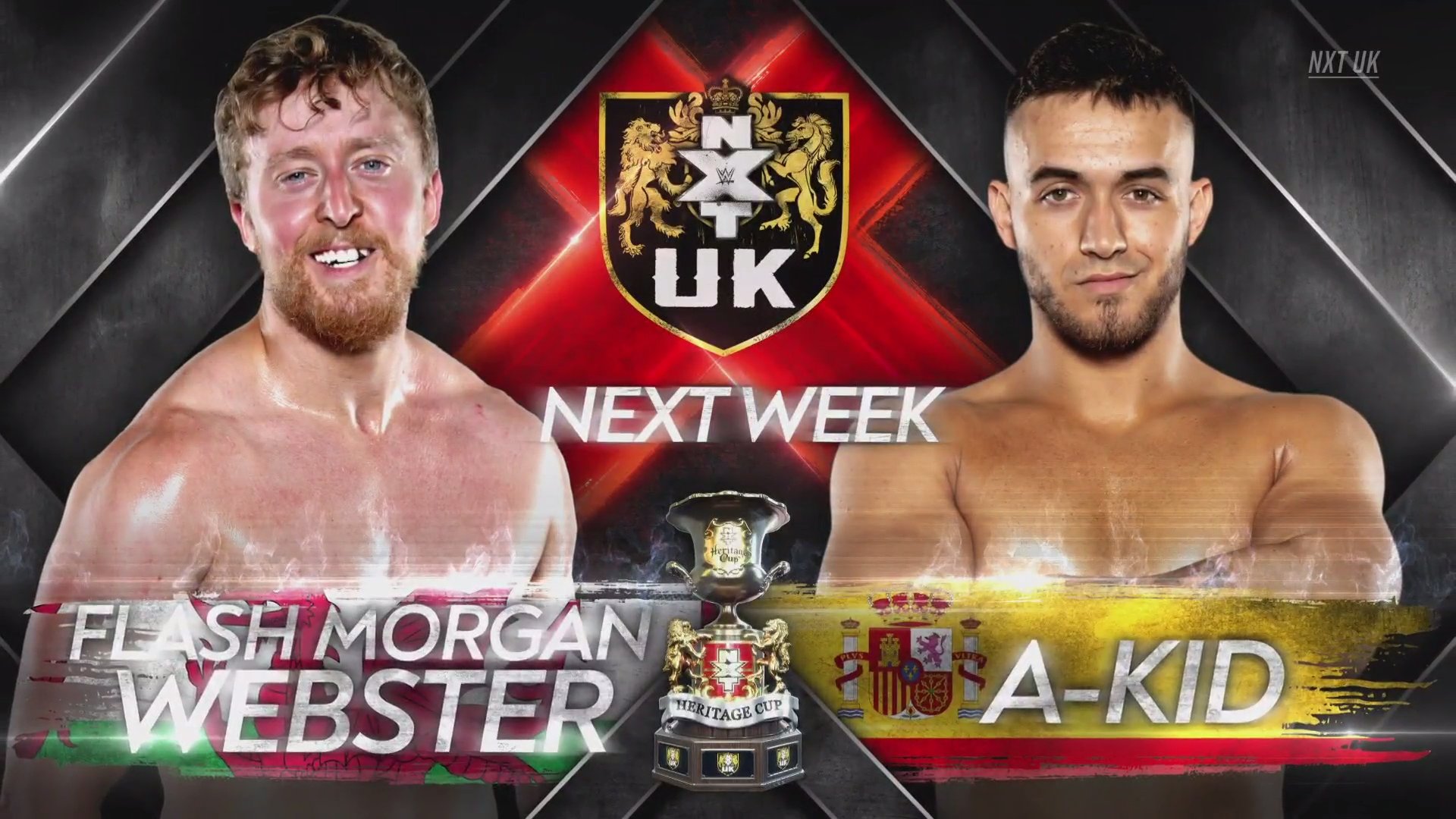 After am impressive victory last week by Noam Dar, two more men come front and center in the opening round of the NXT UK Heritage Cup as tag team specialist Flash Morgan Webster faces the Spaniard upstart A-Kid in another big tournament matchup.

While A-Kid has been only in NXT for less than a year, the man whose been endorsed by Tyler Bate has been making strides as NXT UK’s Rookie of The Year. But while A-Kid begins his breakout, Flash Morgan Webster has been delivering top tier matches before the NXT UK shutdown with his partner Mark Andrews. But the former NXT UK Tag Team Champion is back in singles competition this week.

Will the former tag champion show why he can also hang in the singles division as well? Or can A-Kid start a trend on his way to a Cinderella-like route in the Heritage Cup tournament?

That was Coming Up NXT UK for 10/8/20. Make sure to tune in this Thursday at 8 PM BST (3 PM EST) for another exciting edition of NXT UK, only on the WWE Network!

Be sure to stay tuned to the Pro Wrestling Post for this and additional stories from the wrestling world. Readers can rely on Pro Wrestling Post to be their daily source for all things inside the squared circle. As a result, readers can expect daily news, history, and so much more. Please visit WWE NXT UK’s official website here for upcoming news and notes about the roster.