This week’s preview of AEW Rampage is for the week of 4/1/22. It features four matches, as typical with the show. We carry on with the qualifying for the women’s portion of the Owen Hart Foundation Cup. A tag team match also hopes to elevate one tag team. Fans will also be treated to a grudge match that may see its end but may likely not either.

Of all the matches that are slated, it is the trios’ match that was just announced that doesn’t, on the surface, seem to make sense in one because of its cold booking and two because one member of the team isn’t typically associated with the other. This is our AEW Rampage preview for 4/1/22. 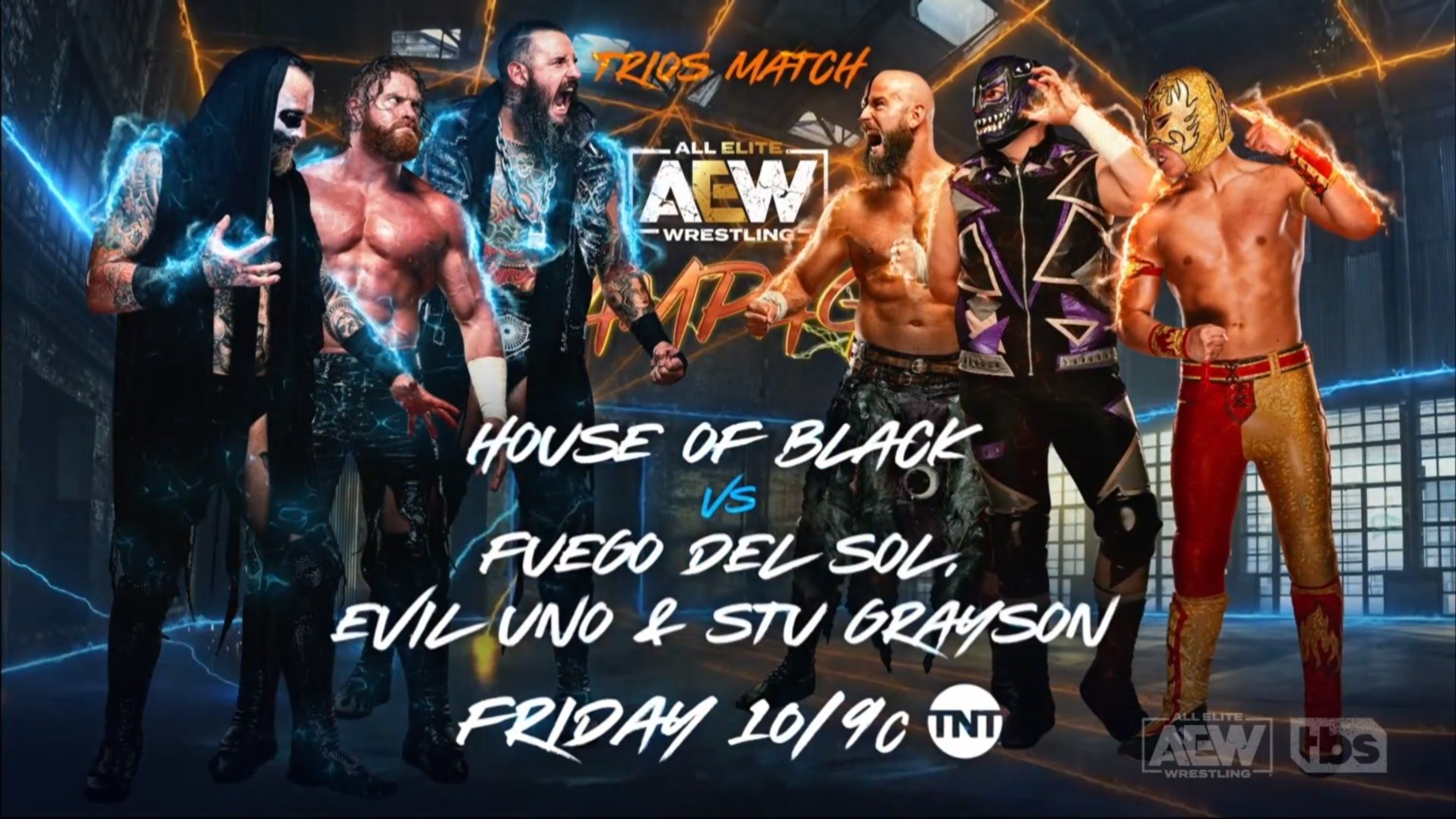 This match was just announced this past week; the booking seems rather odd. While the House of Black alliance makes sense, their opponent’s pairing leave something to be desired. Evil Uno and Stu Grayson make up a portion of the Dark Order. As for Fuego Del Sol, where does he stand within this group? It feels as though his inclusion doesn’t really work.

The enigmatic nature of Del Sol may add to the dynamics of the match, but he doesn’t fit this collection in the ring. For Matthews, King, and Black, the trio have been on a quest to not only make a statement but to do so at any and all costs. It may very well continue with their opposition on this evening. 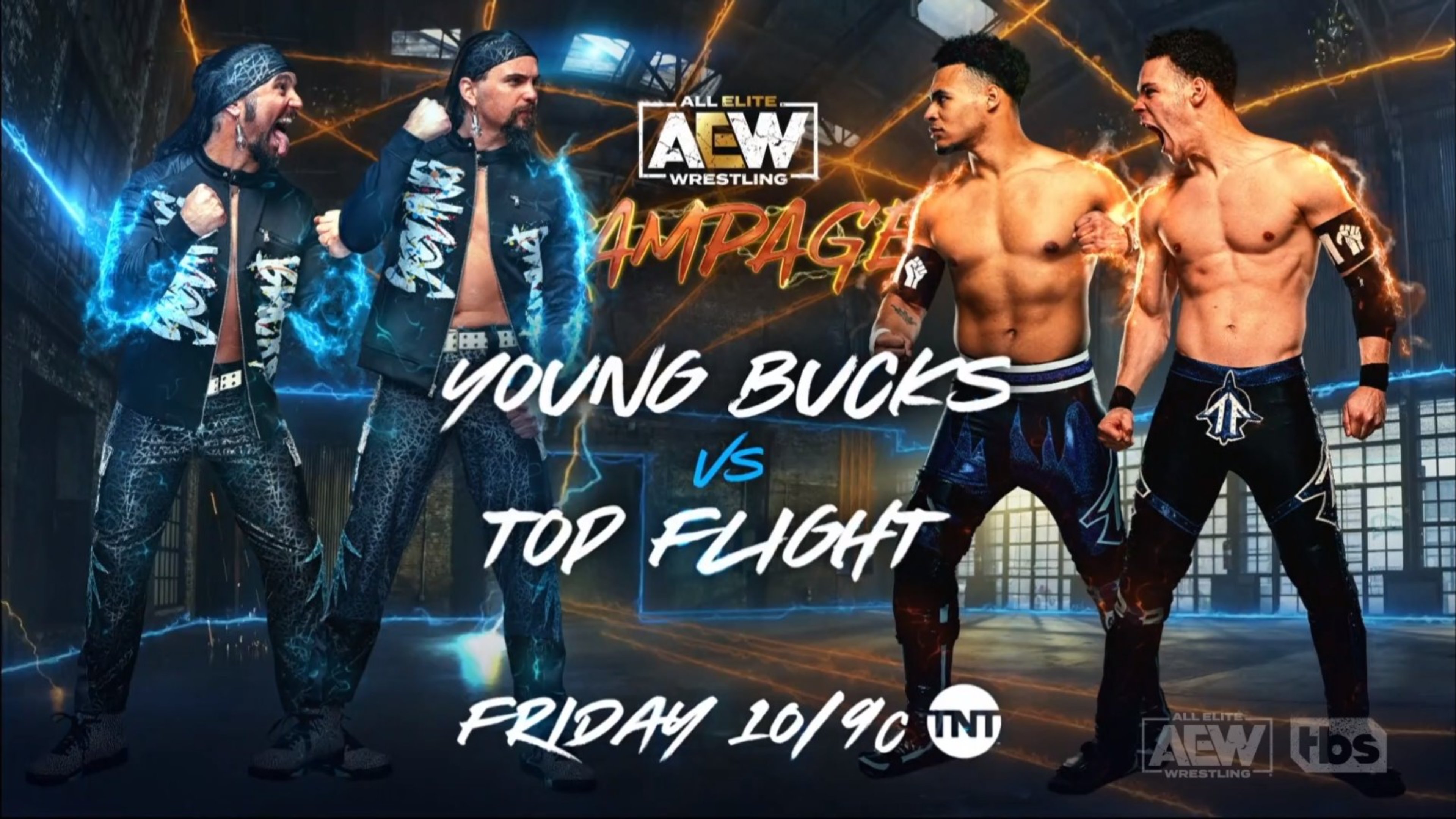 The return of Darius Martin brings with it the return of Top Flight. Fans have seen how Dante Martin has taken the time as a single to soar in the singles division. But with, Darius’ return also means an opportunity for him and his brother to re-establish themselves as a tag team. In doing that, the brother’s Martin will stand across the ring from the former AEW Tag Team Champions, The Young Bucks.

Matt and Nick Jackson don’t appear to be amidst a push in the tag team division. However, a win over the Jackson’s would certainly elevate Top Flight. So do the brother’s Martin defeat the brother’s Jackson? Or do the Young Bucks show why they are elite? 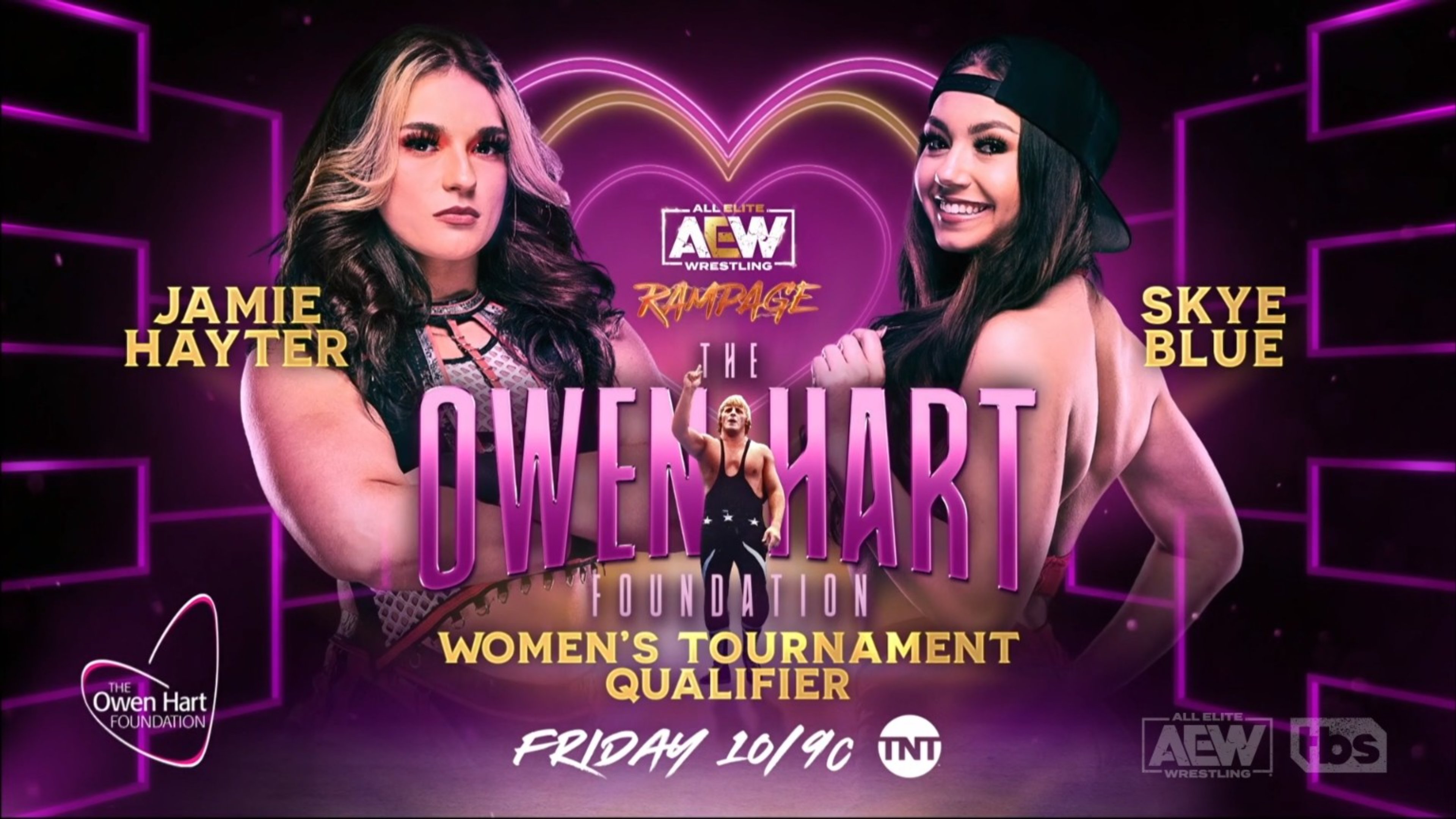 On Wednesday, March 30th, the first match of the Owen Hart Foundation qualifying tournament. That match saw the debut of Toni Storm as she defeated The Bunny to qualify. This time around, we witness Britt Baker’s ally Jamie Hayter as she faces emerging talent Skye Blue. For Hayter, a win here will say a lot about her and her role in the promotion. She’s an accomplished talent whose role in this match is significant.

Over the past few weeks, the rivalry between Keith Lee and Team Taz has intensified. They had issues prior to the Face of the Revolution ladder match and since then. There hasn’t appeared to be one clear indication of Lee getting any sense of peace from Taz’s faction. With that said, a confrontation with Powerhouse Hobbs is very intriguing. We have two exceptionally agile men.

They both are massive in stature and possess incredible strength too. So while their issues with one another don’t appear to be over or would be over even after this match, we’d like to see more from both of them. A nice rivalry between Hobbs and Lee could see them raise the stakes against one another. With each passing week, we see something test either man’s will, strength, or ability to overcome adversity.

Stay tuned to Pro Wrestling Post for this and additional stories from the wrestling world. Readers can rely on Pro Wrestling Post to be their daily source for all things inside the squared circle. As a result, readers can expect daily news, history, and so much more. Please visit All Elite Wrestling’s official website here for news and information on the promotion and upcoming events and FITE TV’s official website to watch AEW Dynamite and Rampage here for International viewers.