After last week’s exciting show, what will AEW do for an encore as we preview AEW Dynamite IGNITE for 2/16/22? The anticipation is high after the exciting matches and two surprise debuts on last week’s AEW Dynamite. We have some great matches for this week’s show that can help it live up to the high standard set last week.

We have a grudge match in the AEW Women’s Division, the implosion of the Inner Circle, and an AEW TNT Championship match. Let us find out more about the massive show in Nashville in the latest edition of AEW Dynamite IGNite for 2/16/22.

On a recent Dynamite, Bryan Danielson had an exciting proposition for Jon Moxley. They would work together to develop the newest generation of young AEW talent. One of the talents Bryan Danielson mentioned was Lee Moriarty. Danielson will get to see Moriarty firsthand on Wednesday night in Nashville.

A match between Danielson and Moriarty will undoubtedly be a true clash of styles. The 27-year-old Moriarty is certainly not lacking in confidence. Lee accepted Danielson’s challenge just last week. Can he keep up with one of the best in the world on Wednesday night? It seems like he has nothing to lose in this massive match in Nashville.

The Inner Circle’s team meeting was certainly heated last week. Santana & Ortiz accused Chris Jericho of only looking out for himself. Chris Jericho accused them of being ungrateful. Sammy Guevara walked away. On this week’s AEW Dynamite, it is an Inner Circle battle for dominance in an emotional tag team match.

What will happen between these four on Wednesday night? These four have worked together successfully for over two years. They should know their wrestling styles better than anyone else in the world. Which team will pull off the vital victory? And will this be the end of their fighting? It will be quite a moment in AEW history for one of the most dominant factions in All Elite history.

Mercedes Martinez has been a thorn in the side of Thunder Rosa since her shocking debut in All Elite Wrestling. However, Martinez ended up costing Rosa a chance at the TBS Championship. On a recent episode of AEW Rampage, they were having a good match until Martinez used a lead pipe to attack Rosa. We later learned Martinez was hired to attack Thunder Rosa by Britt Baker.

On Wednesday night, the heated rivalry continues. Rosa and Martinez will have a no disqualification match. Martinez’s only goal seems to be to injure and take Thunder Rosa out of action. Can Thunder Rosa survive the wrath of Mercedes in Nashville?

Keith Lee made his impressive debut on last week’s AEW Dynamite. He qualified for the “Face of the Revolution” Ladder Match at the upcoming AEW Revolution pay-per-view. It is time to learn another entrant in that colossal match.

Wardlow has been destroying all in his path in recent weeks. On Wednesday night, he will face Max Caster. Caster certainly talks a big game, but can he possibly handle the power of Wardlow? If he can’t, it could be a short night in Nashville.

One of the great rivalries among the “Pillars of AEW” heats up again on Wednesday night. Sammy Guevara has been an amazing TNT Champion for the last few months, defending his title in some impressive matches. But he will be facing one of the great past TNT Champions in Darby Allin.

These two have had some classic matches in the past. They had a classic five-minute match on the AEW Revolution 2020 pay-per-view. What can they do with the TNT Championship on the line on Wednesday night? Based on past experience, it should be special. 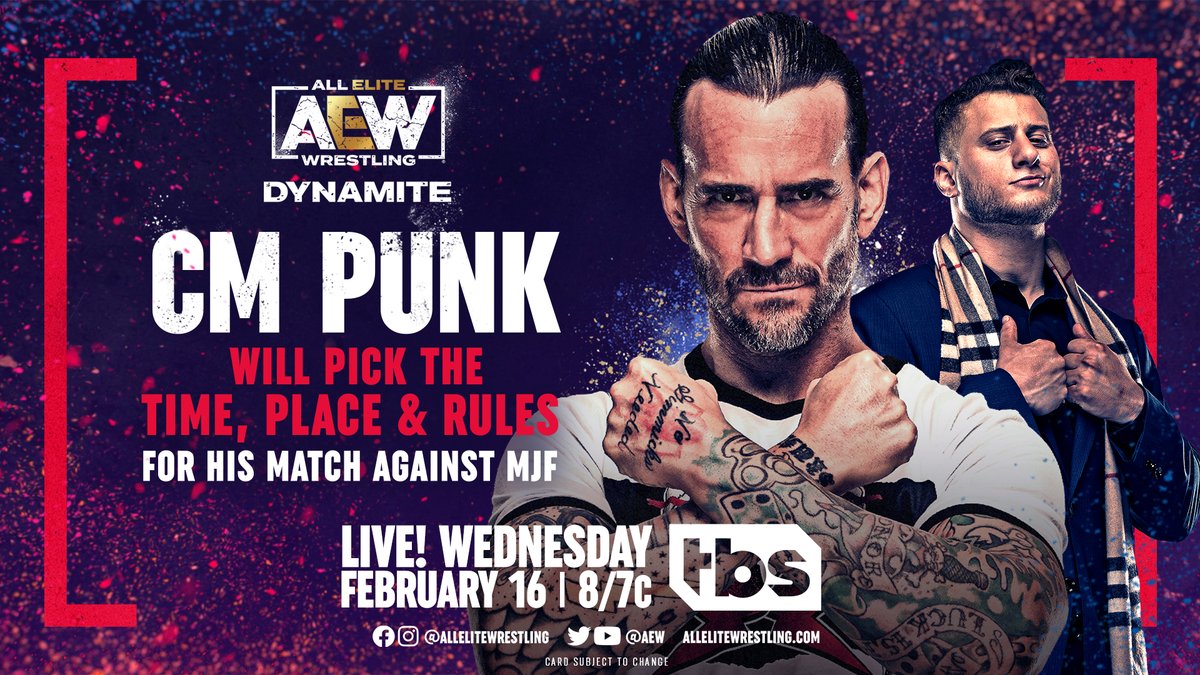