On Friday, December 2nd, AEW Rampage for 12/02/22 features three matches. As the first Rampage of December, it also ushers in a couple of advertised interview segments. While it is nice to see younger talent like Cole Karter face the likes of Darby Allin, it still remains a somewhat awkwardly coordinated show with certain talent featured and other notable names not featured.

That said, it appears the rivalry between Saraya and Britt Baker may not all be over. In a planned sitdown interview with Renee Paquette, Saraya is set to address what is next. But after this past week’s episode of Dynamite, it may also be what is still to come between her and Britt Baker. Here is our preview for the AEW Rampage for 12/02/22.

After what appeared to be an attack by ‘Sting’ on Darby Allin turned out to be one by none other than The Factory’s Cole Karter. Now, what appeared to be the action of a hired gun at the hands of Jay Lethal, Jeff Jarrett, and Sonjay Dutt will face the consequences for their actions.

Karter is under the leadership of QT Marshall, and that guidance has also led to his men working for hire wherever an opportunity presents itself. The problem is Karter’s actions will see him facing a man that should be used in a more featured spot than he has been in Darby Allin. Does a win here for Darby ultimately mean anything? If it leads to being a threat or contender once again, then fine otherwise, the match is simply a blip on Darby’s booking radar.

Much like the inclusion of Cole Karter in a match on Rampage, it’s nice’ that the Private Party is competing as well. But while the graphic above suggests that Matt Hardy will be by the side of Private Party. But if Private Party are ‘owned’ by The Firm, would Stokely Hathaway and Ethan Page allow him to accompany them?

So while it is nice that we are seeing Private Party in action, this talented team has seemingly been forgotten or lost in the tag team shuffle. What is disappointing is that this match likely won’t result in a win for Private Party, as Lethal and Jarrett appear to be the ones in the midst of a push.

While the graphic above suggests that we will indeed hear from them, the question is, will we really? If we consider the events of Full Gear and Keith Lee walking out after being slapped by Swerve Strickland, is there really a team to go back to? There is an air of distrust between them now.

What was once the AEW World Tag Team Champions is a duo with different beliefs, ideologies, and practices regarding wrestling. So while tandems, where one member is a heel and the other is a face, isn’t necessarily new, what is if there is some need for the two members to continue to work together?

If titles don’t bind them, does that mean they officially will go their separate ways? We’ll likely find that out on Friday.

During this past week’s edition of AEW Dynamite, during a backstage interview with Tony Schiavone, QT Marshall wanted a title shot against Orange Cassidy. But in typical Cassidy fashion, not only he agrees, but he does so in such a cavalier and non-shalant manner that it actually annoys Marshall.

Marshall wanted a Lumberjack match, and sure enough, he got a Lumberjack match. But the manner in which it all came about seemed like the lackadaisical Cassidy couldn’t care either way. Cassidy is beloved by the AEW faithful, so anything other than a win here is impossible to see. 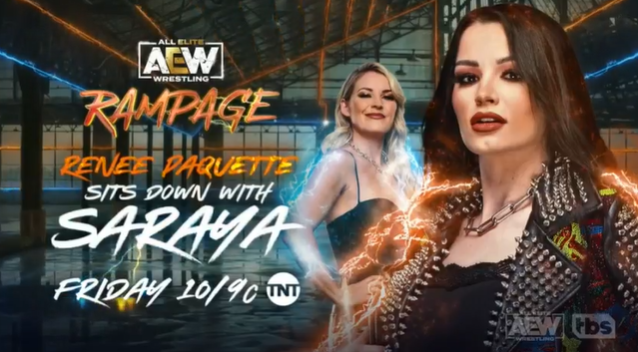 Stay tuned to Pro Wrestling Post for this and additional stories from the wrestling world. Readers can rely on Pro Wrestling Post as their daily source for everything inside the squared circle. As a result, readers can expect daily news, history, and much more. Also, please visit All Elite Wrestling’s official website here for news and information on the promotion and upcoming events, and FITE TV’s official website to watch AEW Dynamite and Rampage for International viewers. FITE+ currently boasts 1000+ hours of live action each year. $4.99 a month/$49.99 a year with 7-day Free Trial.