On the heels of the wonderful Quake by the Lake, what will we see on this week’s preview of AEW Dynamite IGNITE for 8/17/22? It will be a “House of Dragon” themed show! Will any Targaryens show up? It is hard to say, but we will get a Dragon versus a Dragon Slayer in a two out of three falls match.

Let us find out more about this unique show in Charleston in the latest edition of AEW Dynamite IGNITE.

The Gunn Club has been trying to win their father’s approval in recent weeks. They won a tag team match against Erick Redbeard and Danhausen on last week’s AEW Rampage. But unfortunately, it wasn’t enough, and he openly talked about how much he misses The Acclaimed. Poor Austin and Colten Gunn just can’t catch a break.

On this week’s AEW Dynamite, the Gunn Club will get another chance to win their father’s love. They will face the Varsity Blonds in an important tag team match. Can the Gunn Club pull off another win? And will they do it in a way that impresses Billy Gunn? We have a lot of questions for the Gunn Club going forward.

Last week’s AEW Dynamite revealed some major news in the AEW Women’s Division. Kris Statlander, the number one contender, had suffered a major injury. And it opened an opportunity for the next challenger for Thunder Rosa’s AEW World Women’s Championship. It is Toni time yet again!

Toni Storm will be facing KiLynn King on AEW Dynamite. It seems like an opportunity to gain some momentum as Storm prepares for a future match against Thunder Rosa. And will Rosa be ringside to watch her tag team partner and future opponent? 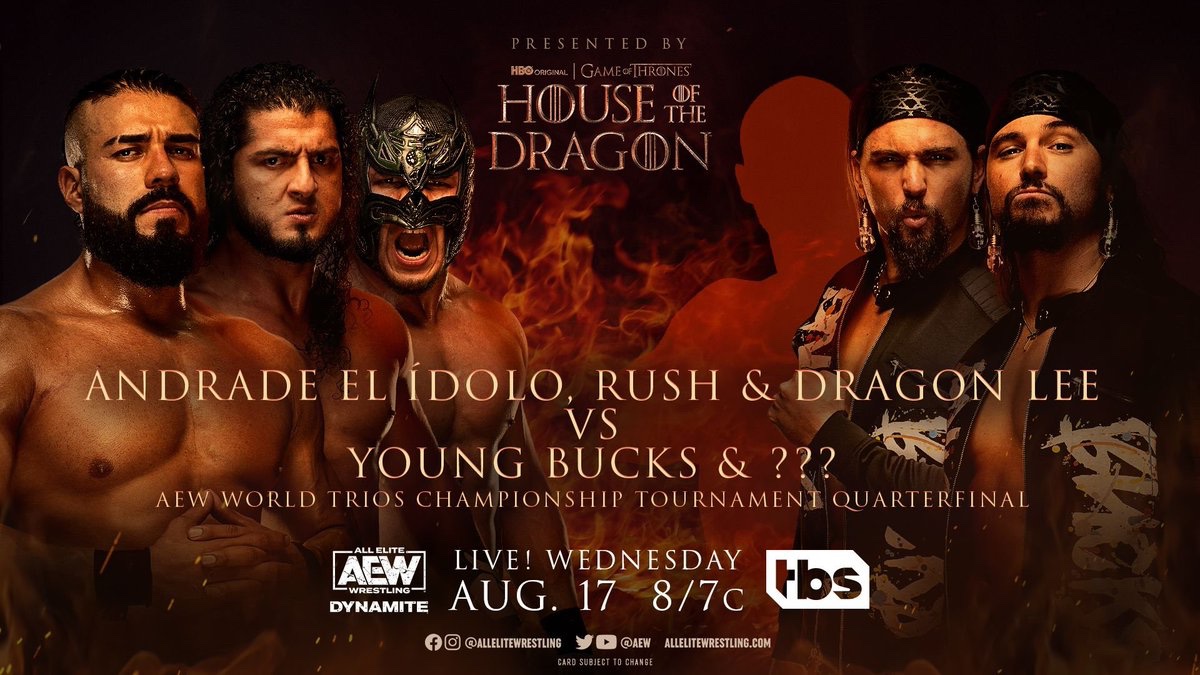 On last week’s AEW Dynamite, the Young Bucks tried to make amends with Hangman Page. They wanted him to join their team for the upcoming AEW Trios Championship tournament. Page declined and decided to support the Dark Order in the tournament instead.

The big question is, who do the Young Bucks turn to now? They seem to have a lack of allies after their horrible actions in recent months. And facing a dangerous team of Andrade, RUSH, and Dragon Lee in the quarterfinals? The odds seem stacked against Matt and Nick Jackson. Here is hoping they can find a Cleaner on Wednesday night.

The wrestling world was shocked when Daniel Garcia defeated Danielson in Bryan’s return match a few weeks ago on AEW Dynamite. The match had some inference by Hager, but the end result was still shocking. A knocked out Danielson at the feet of a victorious Daniel Garcia. It was clearly the biggest moment of Garcia’s young career.

Danielson returned on AEW Rampage to challenge Garcia to a Best Two out of Three Falls match on this week’s AEW Dynamite. Garcia seemed reluctant to fight his idol again. Can Danielson get back on track against Daniel Garcia in Charleston? If Bryan Danielson loses yet again, it will undoubtedly create some major doubt going forward in his legendary career. The stakes are indeed high for this huge match-up.