We now know the main event for AEW Full Gear as we preview AEW Dynamite IGNITE for 11/2/22. But did any of us expect that MJF and Jon Moxley would be attacked by The Firm on last week’s AEW Dynamite? It is one of the many interesting storylines as we get closer to November’s pay-per-view.

Let us find out more about this interesting show in Baltimore in the latest edition of AEW Dynamite IGNITE.

The Embassy has been bothering the team of Wardlow and Samoa Joe for weeks now. Last week on AEW Rampage, Cage attacked Samoa Joe yet again. The show ended with Cage holding up the ROH World Television Championship. Will that image come true on Wednesday night?

Tony Khan has called for a ROH World Television Championship match for Baltimore. This will not be Cage’s first title match. Brian Cage had a physical match-up against Wardlow for the TNT Championship on the recent AEW Dynamite Anniversary show. He came up just short that night. Will he win the gold against the veteran Samoa Joe? It will be fun to find out on Dynamite.

On AEW Rampage, we had a shocking attack. Swerve Strickland kidnapped Billy Gunn and tied him to a chair. It was quickly followed by a plier attack on Gunn’s hands. Strickland has certainly shown a deranged side in recent weeks.

On AEW Dynamite, it is time for Billy Gunn’s Birthday Bash. But after the horrific attack on Friday night, we need to ask the huge question: Will Gunn be able to scissor? It would certainly be a tragedy if he cannot do so.

Since her arrival in AEW at AEW Grand Slam, Saraya has certainly had a thorn in her side. Or maybe, it is a dentist. Britt Baker has been mocking Saraya since that fateful night. It has even become physical on a few occasions on recent Dynamites.

On Wednesday night, both women will sit down with Renee Paquette for an interview. What is on their minds? With AEW Full Gear getting closer could we see a match between the two? Knowing it would be Saraya’s first match in nearly five years, it would be a special moment. Will we learn that huge news in the interview? 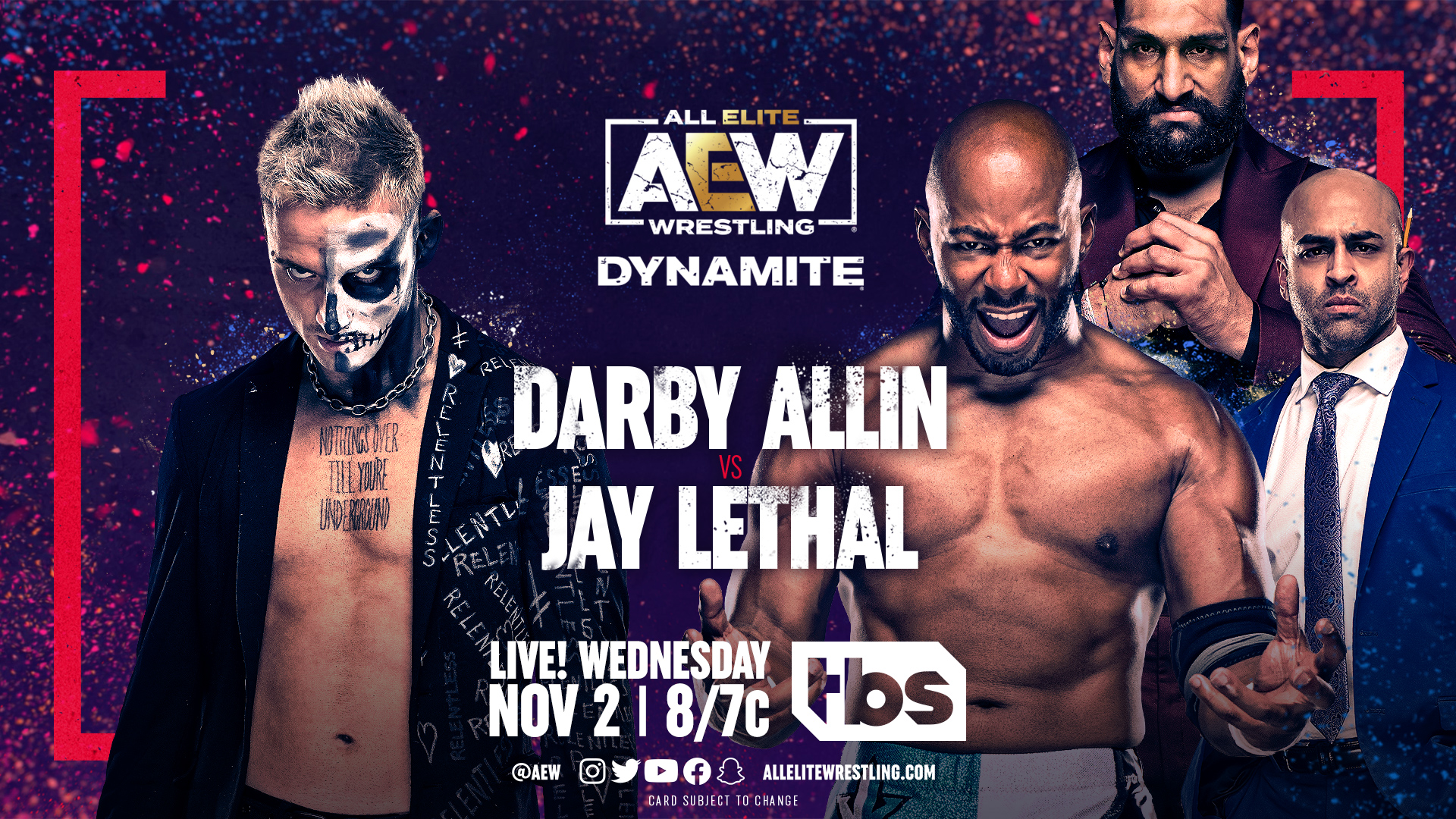 On the AEW Dynamite Anniversary show, Darby Allin defeated Jay Lethal. Jay Lethal wanted to win the match by himself that night. When he didn’t, he shook Darby Allin’s hand much to the dismay of Sonjay Dutt.

On Wednesday night, we have a rematch between Allin and Lethal. The last match was quite the technical encounter. Will Lethal have another clean match-up? Or will his allies help him cheat to victory? 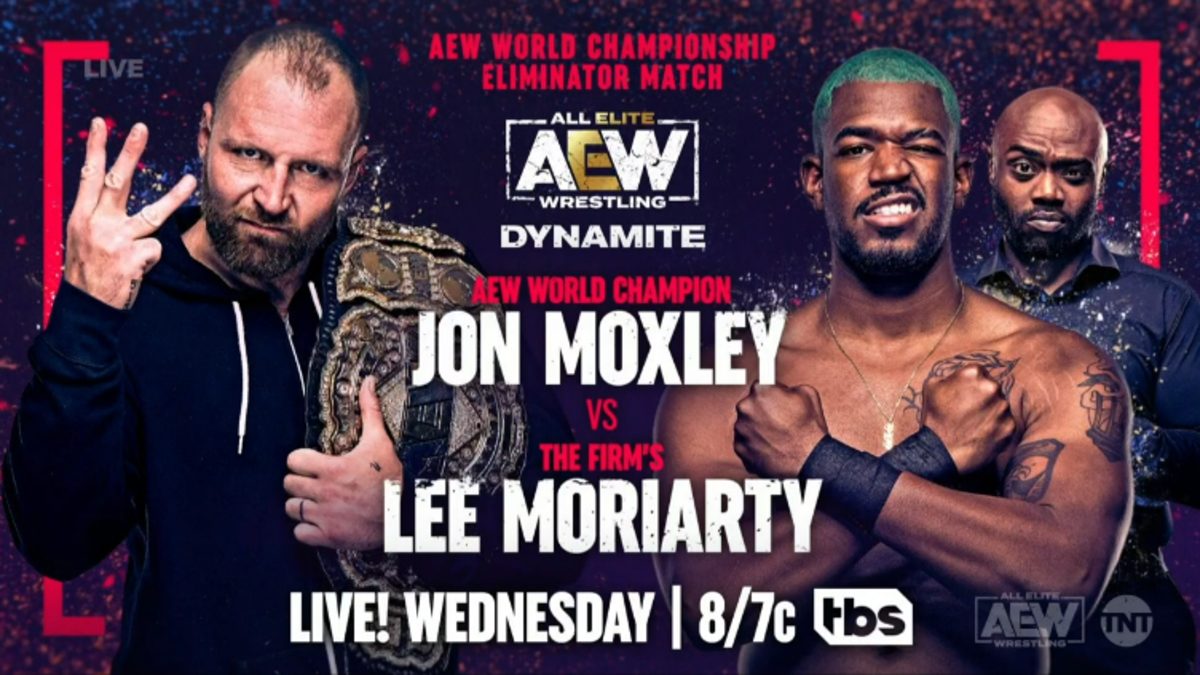 After his World Championship defense on last week’s main event, Moxley was immediately attacked by the Firm. MJF shockingly tried to make the save, but his intervention failed. Jon gets a chance for some revenge on Wednesday night.

Moxley will fight the talented Lee Moriarty of the Firm in Baltimore. If Lee Moriarty wins,  he will get a future world title shot. The big question is will Moriarty be alone or will Moxley face a huge numbers disadvantage against the entire Firm yet again? 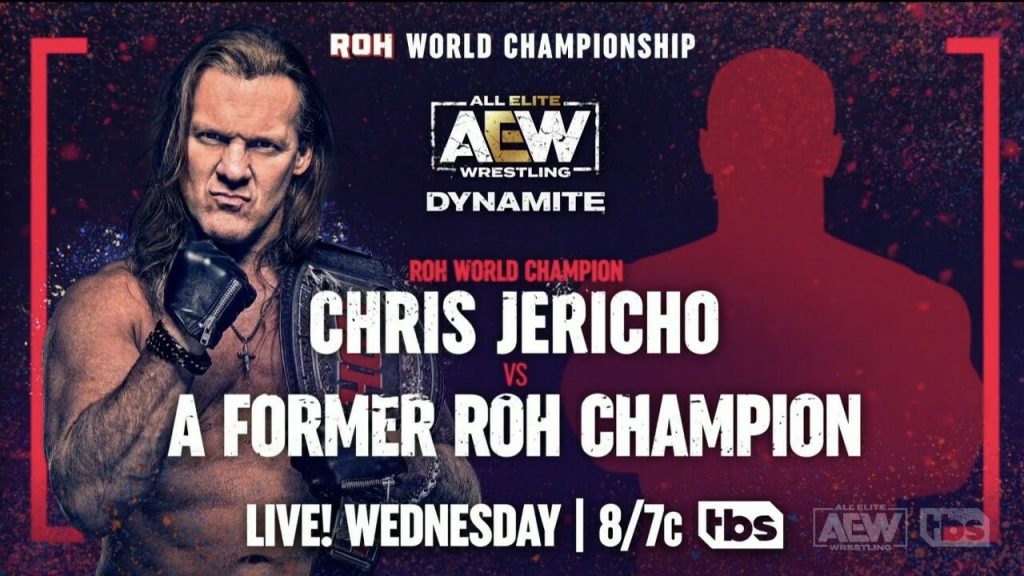 On Wednesday night, he will be facing a “Former ROH Champion”. Who could it be? The possibilities are endless. And will Chris Jericho find a way to cheat his way to victory yet again? It seems that Claudio Castagnoli is waiting in the wings for another shot at the ROH World Championship. Will he make an appearance on Wednesday night too? So many questions that will hopefully start to be answered. 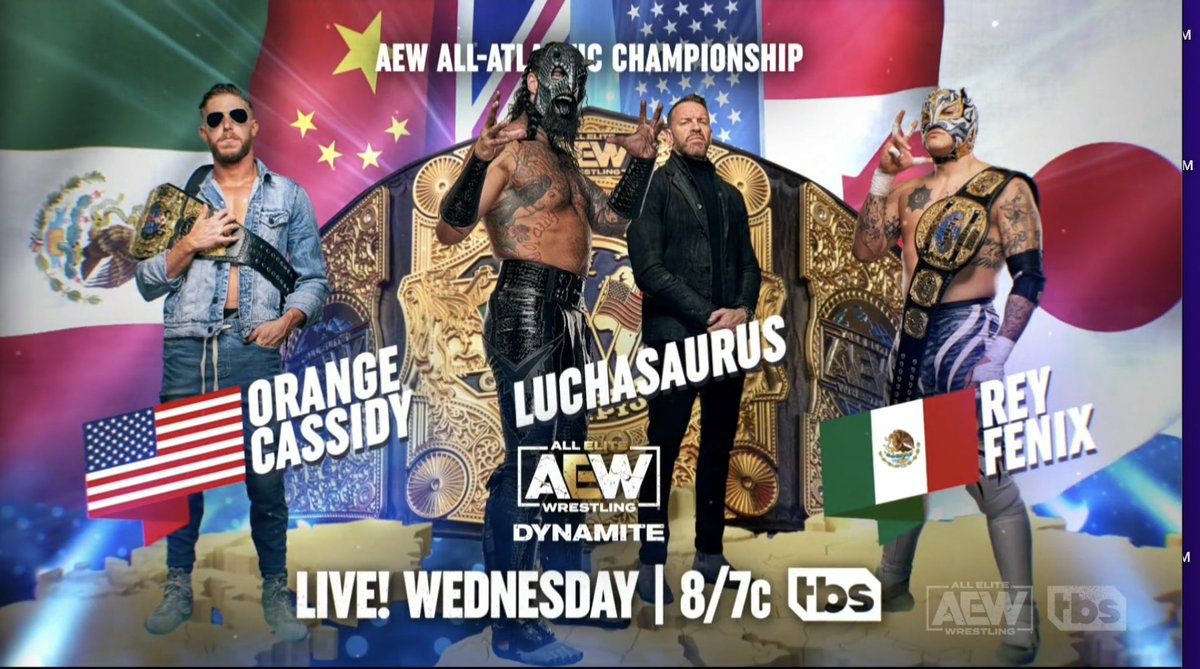 For a second straight time, Orange Cassidy will be defeating his newly won All-Atlantic Championship in a three-way match. He will certainly be facing two dangerous competitors in Luchasaurus and Rey Fenix. Cassidy defied the odds once, can he possibly do it again?

The winner has quite the “reward” when he wins this important title match. He will get to choose his opponent for the All-Atlantic City Dream Match. Can Cassidy possibly defend his title twice in a week? If he does, he will certainly become one of the most credible champions in all of All Elite Wrestling.

Please share with us what you expect to happen this week in the comment section below for AEW Dynamite for 11/02/22.

Stay tuned to Pro Wrestling Post for this and additional stories from the wrestling world. Readers can rely on Pro Wrestling Post as their daily source for everything inside the squared circle. As a result, readers can expect daily news, history, and much more. Also, please visit All Elite Wrestling’s official website here for news and information on the promotion and upcoming events and FITE TV’s official website to watch AEW Dynamite and Rampage for International viewers.