It is time for Saturday Night Dynamite! For the first of two straight weeks, Dynamite will be on a Saturday night. What will they have in store for pro wrestling fans as they go up against a night of college football for the very first time? Here is AEW Dynamite IGNITE for 10/16/21.

This show has some exciting and fresh match-ups. We will see Danielson/Fish for the first time in AEW. We have a match between the exciting Dante Martin and the always dangerous Malaki Black. What other surprises will AEW have in store for us from Miami on Saturday night? Let us find out more in the latest edition of AEW Ignite.

Andrade has been trying to get the Lucha Bros on his side ever since joining AEW in June of 2021. This week he has a special role on AEW Dynamite that directly affects the brothers. He is going to pick the opponents for the Lucha Brothers to fight on Saturday night. The Lucha Brothers will be defending their AAA Tag Team Championship they have held for over two years on Saturday night. But who will they face in Miami?

That answer is only known by Andrade. Will it be a rematch against Laredo Kid and Hijo del Vikingo from last Sunday’s AAA Heroes Inmortales show? Will it be against Dragon Lee and Dralistico who made a shocking appearance on that show as well? Will it be another shocking surprise team? It is hard to say but we know it will be a fun match to watch in Miami. 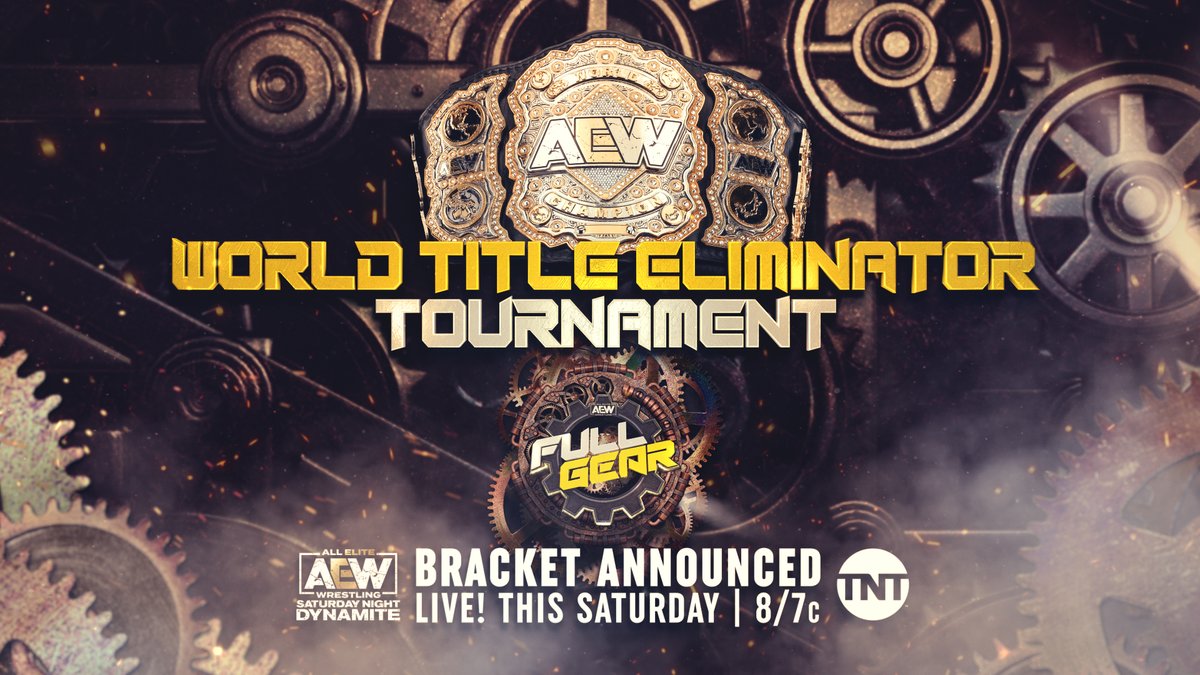 On last week’s show the fans got what they wanted. Hangman Page returned as the Joker and won the Casino Ladder Match to gain a future world title match against Kenny Omega. I guess it leads to the obvious question of who gets a World Title shot next?

On this week’s AEW Dynamite, the bracket for the World Title Eliminator Tournament will be revealed. The finals will take place at AEW Full Gear in November. Who will be in this year’s tournament? If it is anything like 2020’s tournament, we will be in for a major treat. 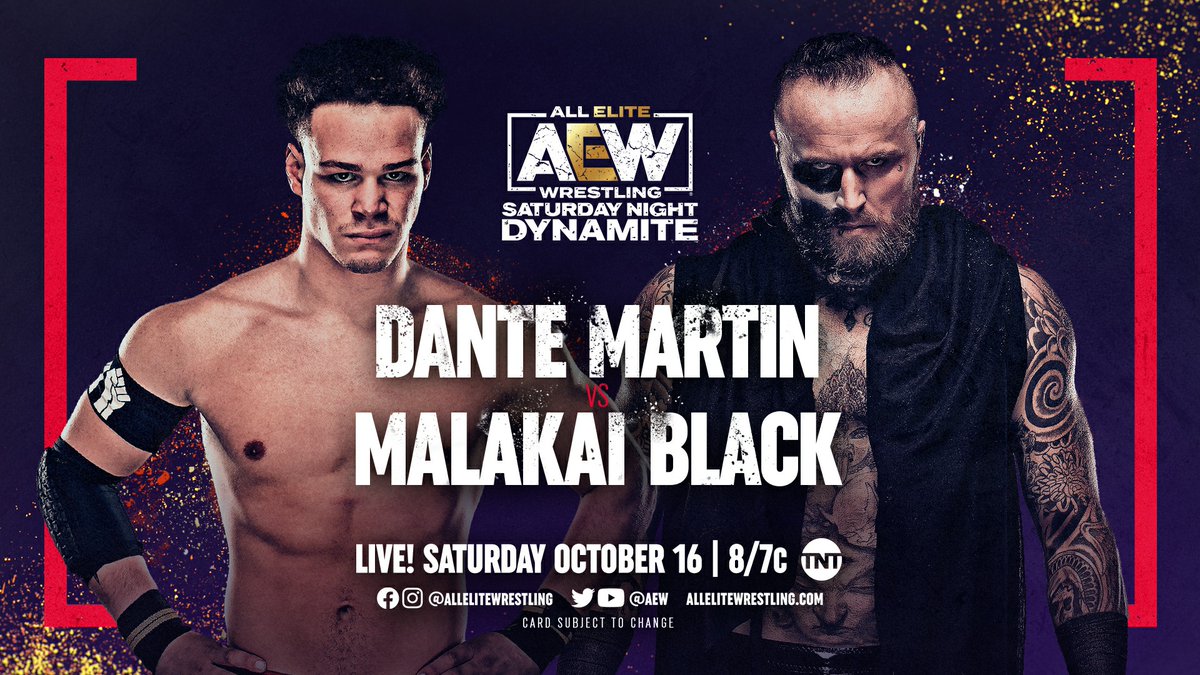 Dante Martin is just twenty years old. That is truly a crazy thought based on the incredible in-ring skill Martin has shown in his limited time in All Elite Wrestling. He is facing a far tougher test on Saturday night.

Malaki Black attacked Martin in the ring on last Wednesday’s AEW Dynamite. What does the House of Black want with the talented high-flying Martin? We don’t know but cannot be good. Can Martin survive the kicks and brutality of Black on Saturday night? 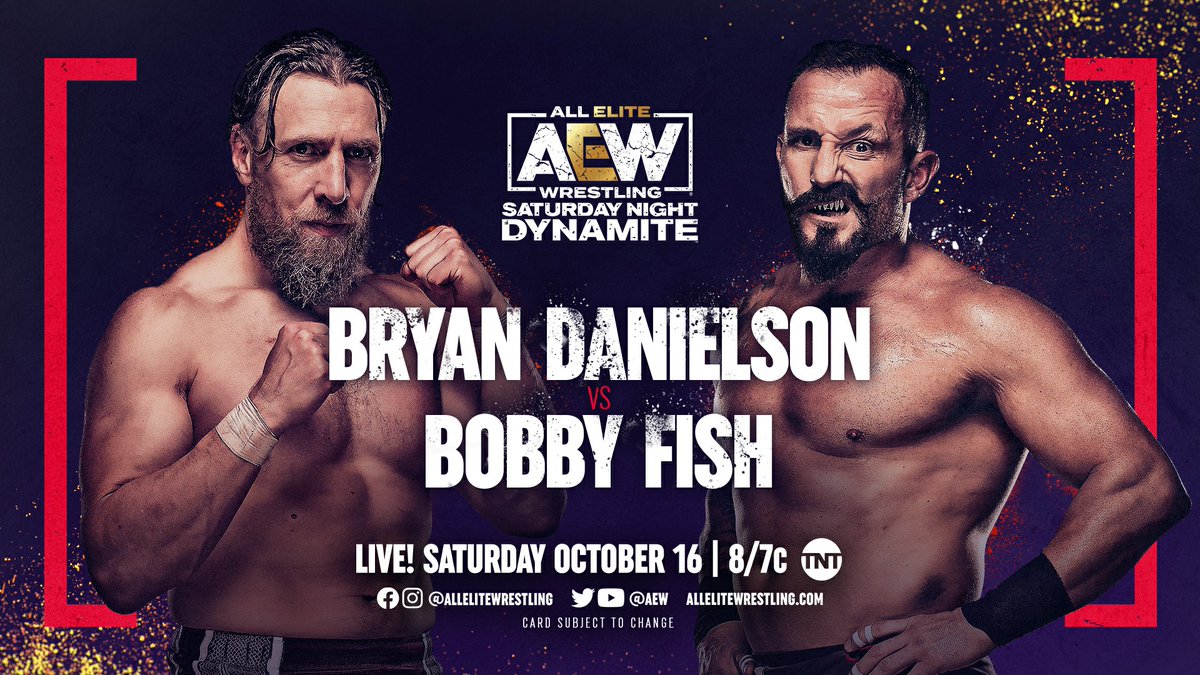 After his AEW debut on last week’s show, Bobby Fish is certainly not taking it easy. He will be going against an old rival, Bryan Danielson. They two have not faced off since 2010 in Evolve. It is time for two of the best technical wrestlers in the world to face off yet again.

There is one added wrinkle to this huge match-up. Both Danielson and Fish will be in action on AEW Rampage Buy-in Show on Friday night. Fish will be facing new AEW signee Lee Moriarty. Danielson will be competing in a dream match-up against the scary Minoru Suzuki. Will both Fish and Danielson be ready and focused after Friday night? Let us hope they are. It could be a special match on Saturday night in Miami if they are ready for this huge AEW Dynamite.

Deathmatch Wrestling – The Dawn of the Ultra Violent Era