Welcome to the latest edition of AEW Dynamite IGNITE for 1/20/21! On the heels of two successful AEW New Year’s Smash cards, AEW has a loaded card as the road to AEW Revolution begins. This Wednesday’s Dynamite has some very interesting and fresh match-ups to say the least. Let us see what they have in store for us on this week’s Dynamite! 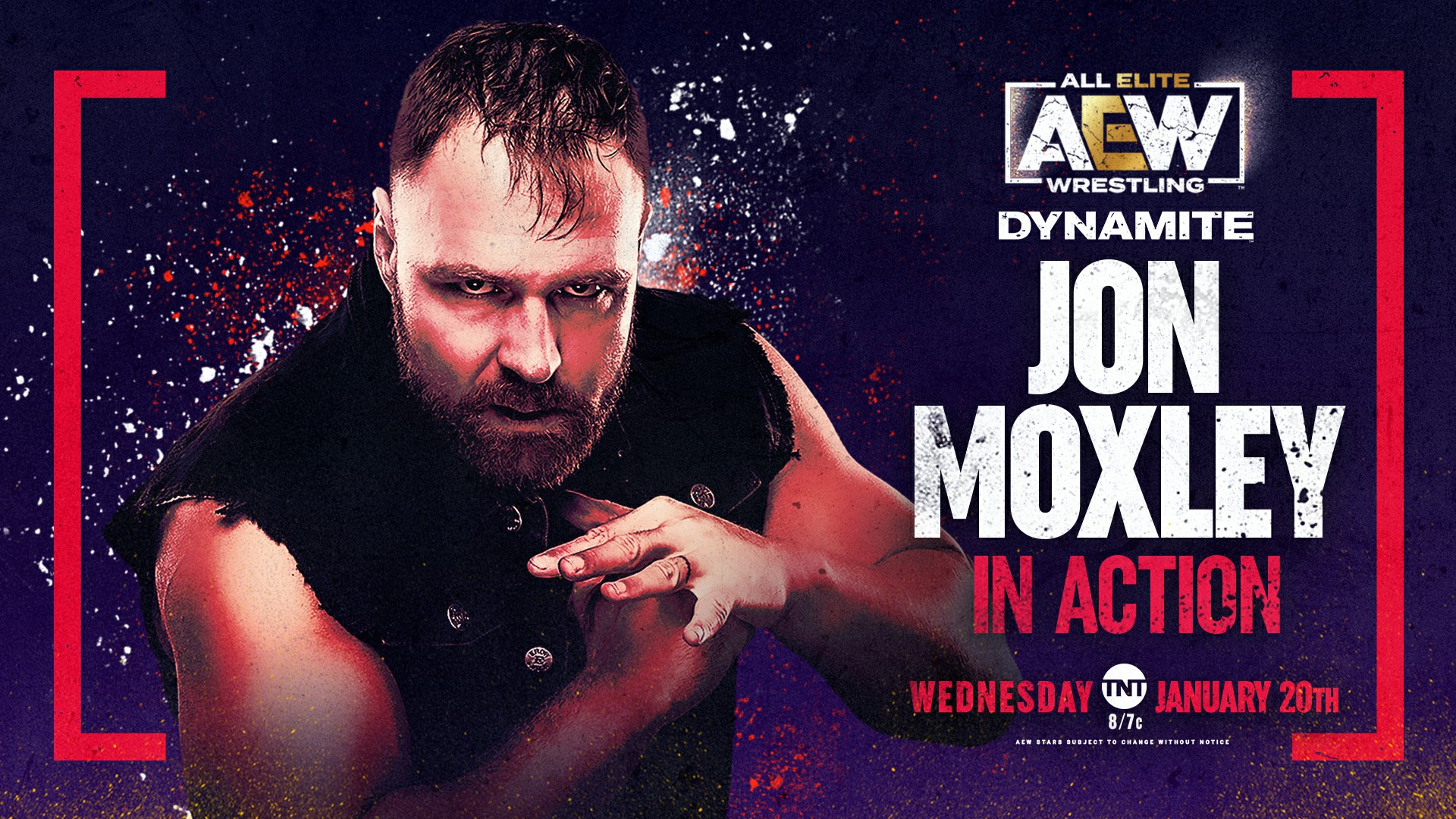 Jon Moxley hasn’t wrestled on AEW Dynamite since losing the AEW World Championship in shocking fashion to Kenny Omega at AEW Winter is Coming on December 2, 2020. After a seven-week break, Jon Moxley is finally back in action on Wednesday night. Will Moxley begin the long road back to the World Title picture after such a long break? 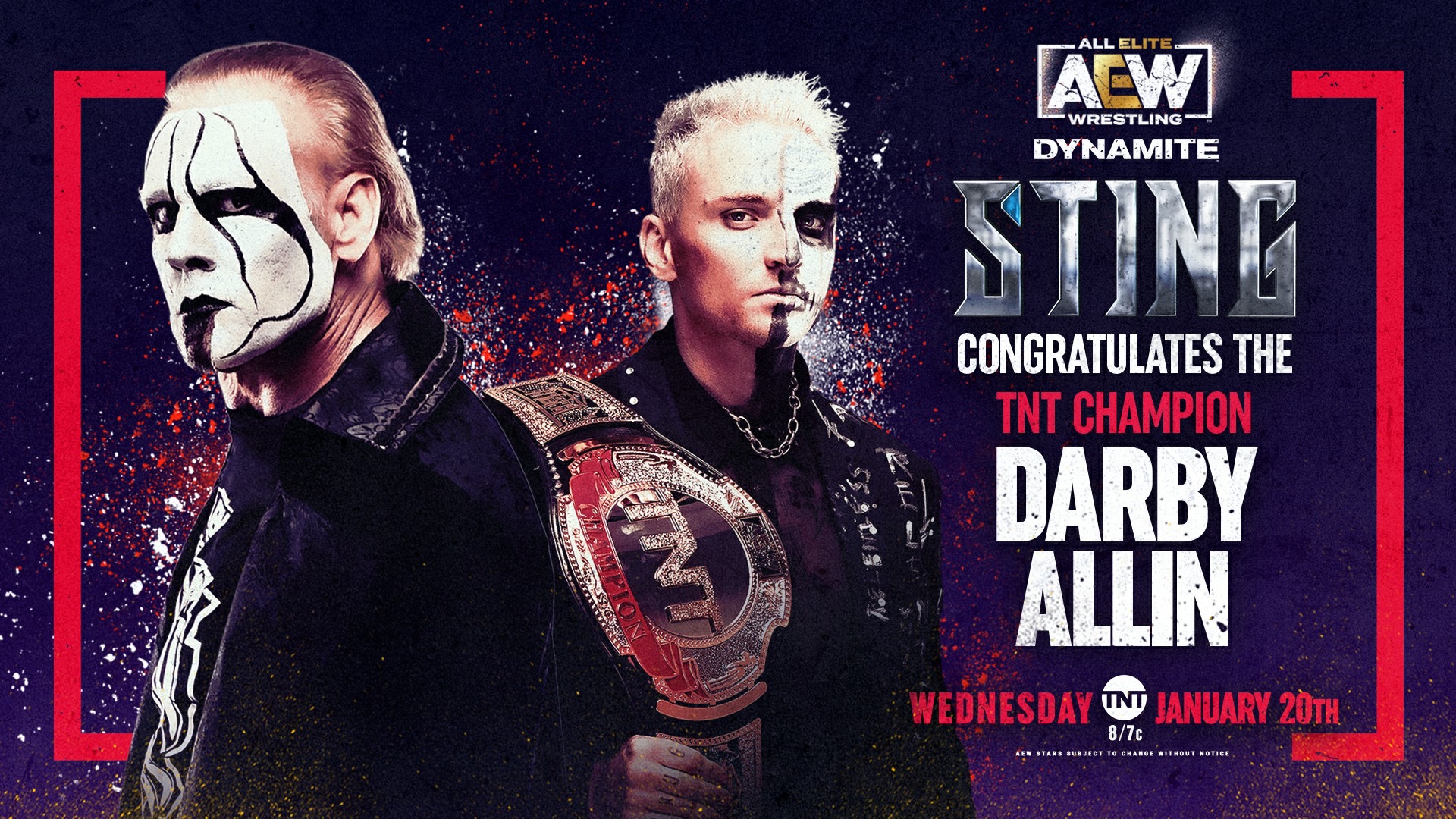 Sting has been a mysterious presence since his arrival during AEW Winter is Coming. He has showed a lack of respect for Cody Rhodes. He has threatened Team Taz with a baseball bat. On this week’s show, he will interact with the person who he has respected the most since his debut, TNT Champion Darby Allin.

Sting has promised to congratulate Darby Allin on winning the TNT Championship. Is that all he will do on Wednesday night? Or will we finally see more of Sting’s plans finally being revealed? 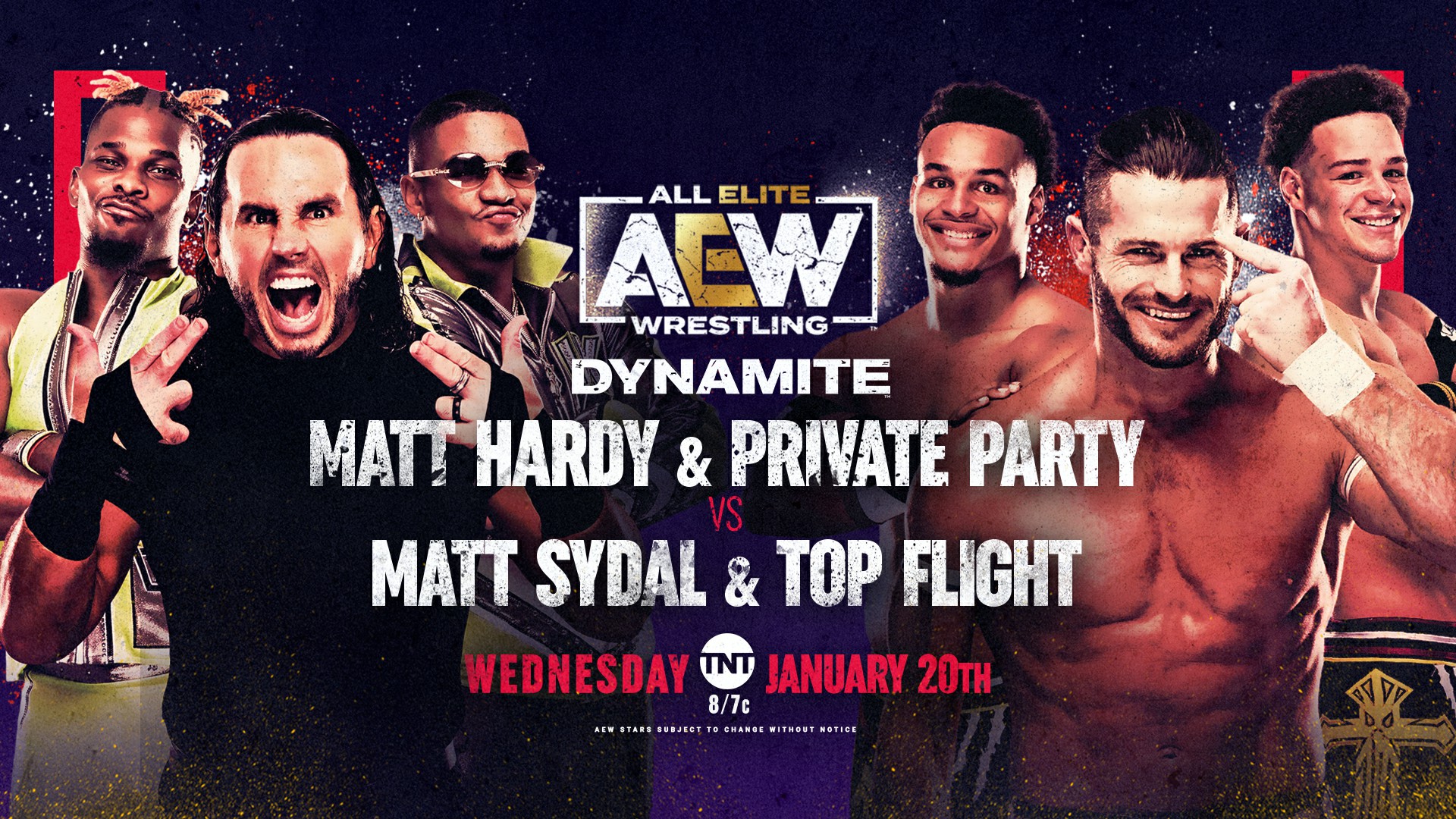 This match just got a lot more interesting. On Tuesday night’s Impact Wrestling show, Private Party entered the Impact Zone to become the number one contenders for the Impact Wrestling Tag Team Championships. They will face the Good Brothers very soon. The AEW-Impact invasion is in full force, it seems.

On Wednesday night, Matt Hardy and Private Party will face off in a six-man tag team match against Matt Sydal & Top Flight. It is certainly two teams with some very similar styles. Can Private Party continue their momentum against a very dangerous team? 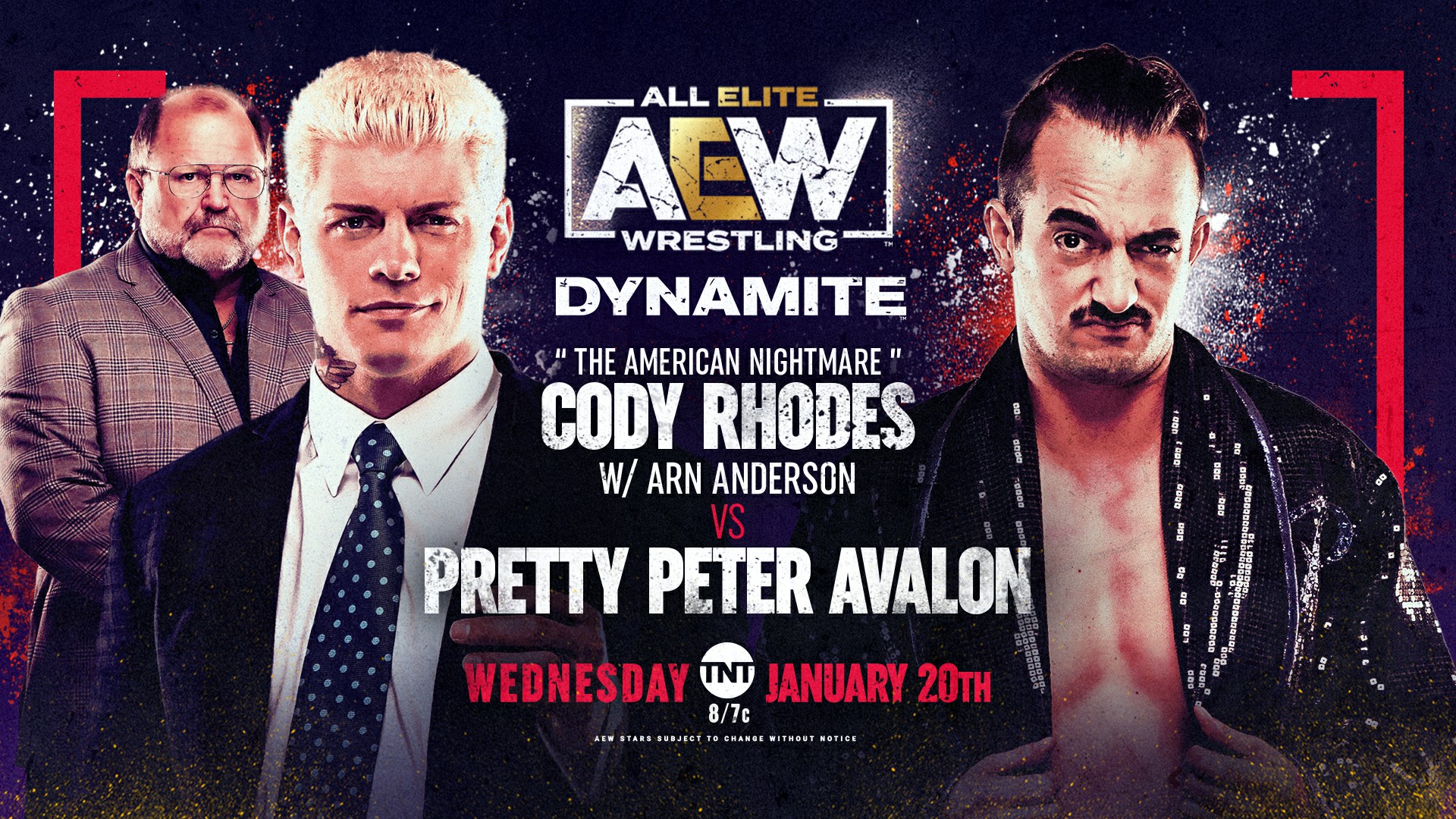 This certainly was not a match any of us expected to see on AEW Dynamite. “Pretty” Peter Avalon has become an obnoxious heel in recent weeks on AEW Dark. He spends a lot of time talking about how attractive he truly is. We can all hope that divorce rates don’t skyrocket with the appearance of Peter Avalon on AEW Dynamite.

Cody Rhodes has been bragging he will defeat Peter Avalon in under a minute. It seems odd for a babyface to be so cocky before a big match. Will it prove costly on Wednesday night?

The Dark Order has been pushing hard for Hangman Page to join their group. He has promised to give them an answer after this eight-man tag team match on Wednesday night. Will Hangman and the Dark Order pick up the big victory? And will that victory also impact Page’s decision?

This Wednesday night is also -1’s Birthday celebration. Will the Dark Order be a major part of this special day? It will be another emotional tribute to the “Exalted One” on Wednesday night.

The big AEW Women’s Division match on this week’s show has undergone some changes in recent days. Nyla Rose was suppose to fight Leyla Hirsch but a close Covid contact has quickly changed plans. It will now be Penelope Ford getting a big match on AEW Dynamite.

Penelope Ford has been focusing a lot on her upcoming wedding to Kip Sabin. Most of her matches have come on AEW Dark in recent months. Overlooking the talented technical wrestling of Leyla Hirsch would be a very dangerous mistake. Will Ford be ready one of her biggest in-ring challenges in recent months?

Who will be the official tag team of the Inner Circle? We will find out on Wednesday night in this unique tag team match-up. The Inner Circle hasn’t really been on the same page in recent weeks. Will this destroy the group even more?

Chris Jericho and MJF haven’t been a tag team often since joining forces. Santana and Ortiz are certainly one of the most decorated teams in professional wrestling. The wild card team in this match might be Sammy and Hager. Can they pull off a major update and become the Inner Circle’s tag team? It will be a chaotic match to possibly end AEW Dynamite for sure.